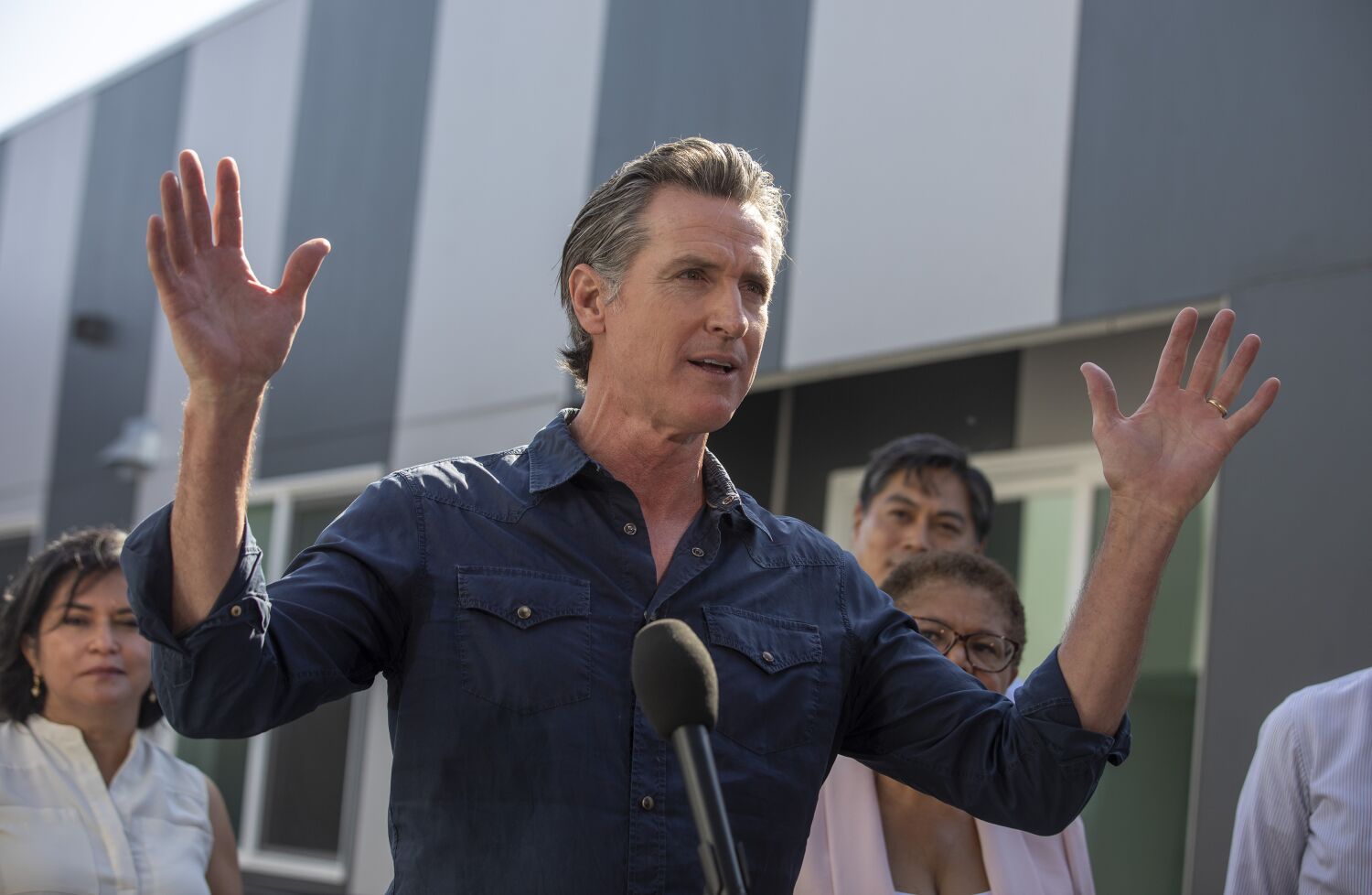 In response to a series of events largely beyond his control, Governor Gavin Newsom has risen to become one of the most powerful governors in California history.

The election of President Biden allowed Newsom to reshape Democratic leadership in the state with a series of historic appointments. He appointed Alex Padilla as California’s first Latino US Senator when Kamala Harris resigned to become vice president. Shirley Weber as the state’s first black Secretary of State, replacing Padilla; and Rob Bonta as California’s first Filipino-American attorney general when Xavier Becerra resigned to join Biden’s cabinet. No governor since the 1950s has appointed so many people to such high positions of power in just a few weeks — and certainly not with such a focus on diversity.

When the COVID-19 pandemic hit in 2020, Newsom gained extraordinary powers to deal with the disaster with a nationwide emergency order that is still in effect today. It gives him sweeping powers to change regulations, suspend laws and divert funds, a power that was upheld by the state Supreme Court after being challenged in a lawsuit filed by two Republican lawmakers. Newsom has exercised power largely responsibly, even though most classrooms were closed for too long last year and we wish he’d urged school districts to get students back on campus sooner.

The backlash to Newsom’s response to the pandemic led to the 2021 recalls, but Newsom emerged even stronger. He defeated an attempt to oust him with the support of 62% of the electorate and rolled into reelection this year. It’s clear that Newsom is working not only to retain power, but to use it wisely, enacting progressive policies in California and engaging in national politics as the spirited voice of the left.

Newsom has launched TV commercials in Florida, full-page newspaper ads in Texas, and billboards in several other red states to portray California as a place of freedom while hitting at conservative states that are repealing abortion rights. It’s an unconventional campaign strategy that reflects Newsom’s unusually secure position. Republicans squandered what little political money they have in this blue state in last year’s foolish recall attempt, leaving no campaign infrastructure to build robust opposition to Newsom this time.

His opponent in the Nov. 8 vote is GOP state senator Brian Dahle, who represents a rural county in the northeast corner of the state. Dahle is a respected lawmaker who has made unusual strides in working with Democrats during his decade on the state Capitol. He has a long résumé in public service and is better prepared to govern California than most candidates in last year’s recall vote.

But Dahle’s positions on key issues rattled him with most California voters. He is anti-abortion and has voted against putting Proposition 1 on the ballot to give voters the option to enshrine abortion and contraception rights in the California Constitution. He has voted against numerous gun safety laws. He twice endorsed Donald Trump for president and, until winning the primary this year, refused to denounce Trump’s “big lie” that Biden’s election was fraudulent.

Meanwhile, Newsom uses his increased power in Sacramento to great effect. That year he pushed the Legislature to pass a series of ambitious climate change mitigation bills, including ideas that have surfaced year after year but have never garnered enough support to pass — even in a Democrat-dominated Capitol. The governor’s leadership was essential to onboarding enough lawmakers to pass laws banning new oil and gas drilling near homes and schools, requiring greater reductions in greenhouse gas emissions by 2030 and achieving carbon neutrality by 2045 .

Amid a horrific spate of mass shootings, Newsom threw his support behind gun safety legislation. After the U.S. Supreme Court’s horrific decision to overturn Roe vs. Wade, he signed numerous bills into law to expand access to abortion and prepare California for an influx of pregnant people from abroad seeking reproductive health care. And in a tacit acknowledgment that too many working Californians live in poverty, Newsom approved new legislation that could increase wages for fast-food workers, make it easier for farm workers to form unions, and allow more low-income workers to get paid to take family vacations.

He also pushed through a controversial plan to create a new court system to coerce treatment for those seriously mentally ill or addicted to drugs, an attempt to address the human misery evident in the camps that line so many California streets and riverbanks and on highways spread underpasses. We did not support this plan, but now that it is law Newsom must ensure it is carried out effectively by allocating adequate funding for treatment.

It was a successful legislative year, capping an already bold series of changes introduced by Newsom early in his tenure. He has approved plans to offer preschool to all 4-year-olds by 2025 and health insurance to all low-income residents by 2024, regardless of immigration status. He has pledged to close two prisons and stop selling new gas-powered cars.

All of this leads us to reiterate our agreement in the primary. Newsom was a solid leader at an extraordinarily difficult time in the history of the state and nation. His legacy will depend on being able to do more than sign bills and walk away. He must spend his next term ensuring his progressive vision for California becomes a reality. It won’t be easy, but as Newsom has said many times, “Program passing is not problem solving.”

One issue Newsom will need to address in his next term is the fallout from California’s legalization of cannabis. He led the legalization campaign in 2016, which promised to create a controlled adult-only market, reduce the environmental damage of illegal pot farms, curb the power of criminal drug gangs, and help reverse damage from the racial war on drugs remedy. But a Times investigation shows that many of those promises have been broken. Illegal pot-growing operations have proliferated, often with workers subjected to violence and appalling conditions. Competition to enter the legal marijuana market has fueled a wave of corruption in local governments. Drug dealers operating illegal pharmacies are almost never prosecuted. The legalization of cannabis in California is an absolute mess.

Newsom has spent four years approving groundbreaking changes that have great potential to improve life in this state. He deserves a second term so he can effectively realize his vision.

Use these mental health resources to help yourself — or anyone else