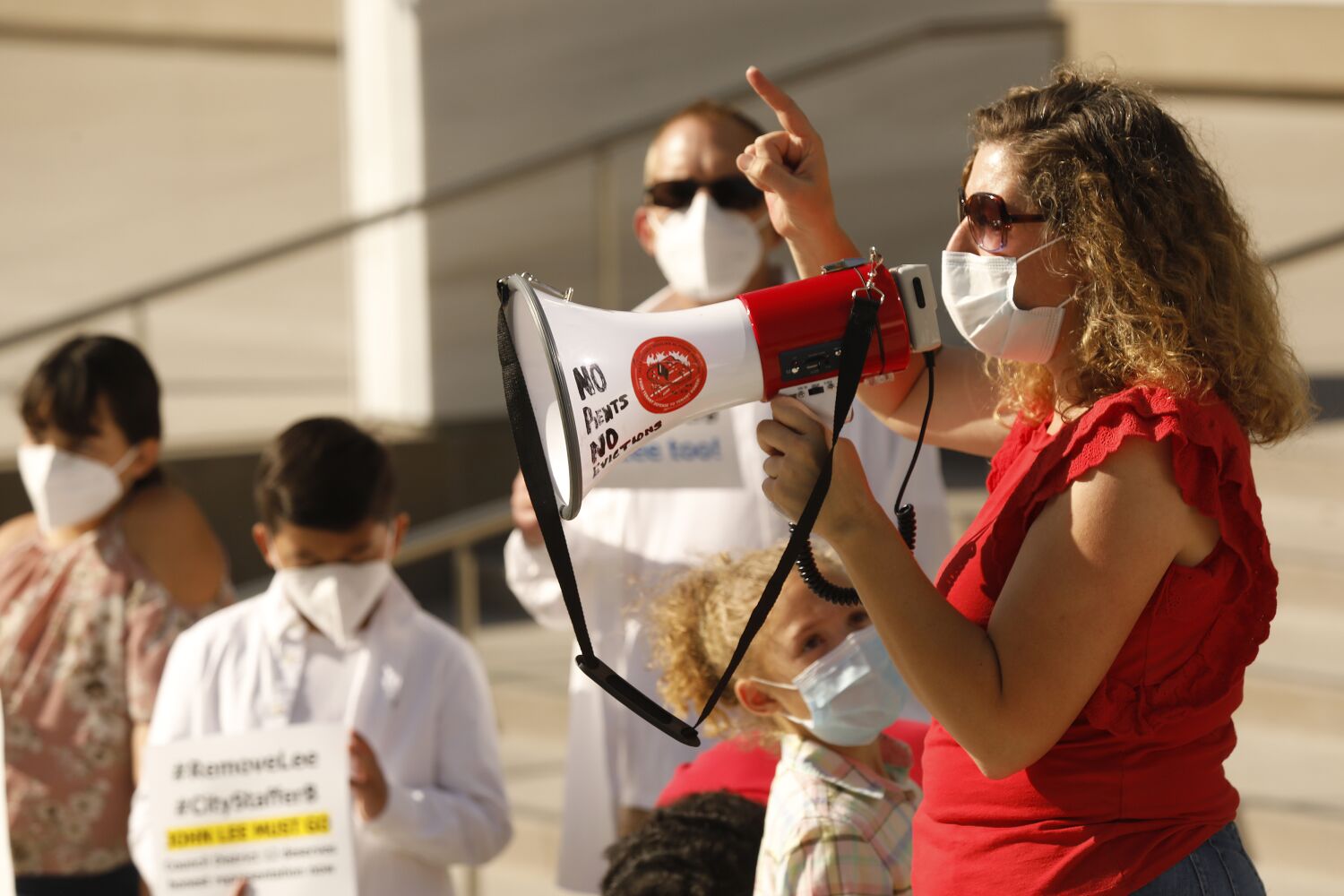 When parents at their daughter’s school began protesting the construction of a new shelter for the homeless in Chatsworth three years ago, Pilar Schiavo took a different tack.

She interviewed the project developer, wrote a leaflet and distributed it – in a counter-protest to argue that the other parents and the suburban community were wrong needs transitional housing.

“There are seniors and veterans and people who want to get off the streets,” Schiavo told a Times columnist in 2019. “We can’t keep saying ‘not in my backyard.'”

It was an act of courage that demonstrates Schiavo’s willingness to fight for solutions even when problems feel deadlocked and unsolvable.

After many years of campaigning for housing and health care, including two decades in the labor movement, Schiavo is now running for the November 8 state assembly. She’s a Democrat aiming to flip the newly drawn 40th District from red to blue.

The district, which includes Chatsworth, Northridge, Santa Clarita and Castaic, is currently represented by GOP Rep. Suzette Martinez Valladares. In her only term in office, Valladares has shown herself to be an independent lawmaker willing to break with her party’s leadership. She voted to put Proposition 1 on the ballot so voters can decide whether to enshrine abortion rights in the California constitution, although she said she personally opposes abortion. She voted in favor of a Democratic law regulating “ghost” guns, although she voted against several other gun safety measures introduced in the Legislature this year. She supported key housing legislation that many Republicans opposed.

It’s refreshing to see lawmakers cracking down on party orthodoxy and taking positions they believe best represent their communities. The Republican Party badly needs to embrace a broader range of ideas and more candidates like Valladares if it is ever to be viable in California.

Although Valladares has not been in lockstep with her party, she has also cast too many votes that go against the interests of that state, such as legislation to curb climate change and improve the criminal justice system. She supported the ill-considered effort to recall Gov. Gavin Newsom and the Los Angeles Dist. atty George Gascon.

Schiavo has a solid track record of community service and a passion for solutions that serve the residents of the Santa Clarita Valley well. At the gathering, she wants to prioritize the development of more job training programs, ensure all Californians have access to health care, reduce the risk of wildfires, and strengthen the state’s efforts to conserve and reuse water. The Times supports Pilar Schiavo.

DACA recipients leave the U.S. after years of instability