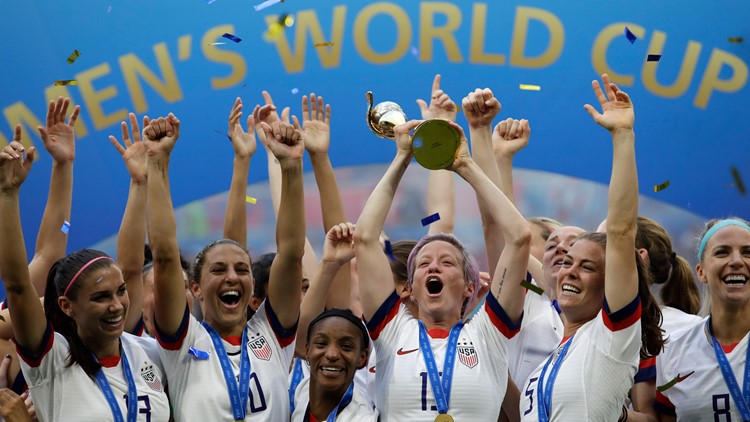 The bill had previously passed the Senate with unanimous support. It now goes to President Joe Biden’s desk.

WASHINGTON — The House of Representatives passed legislation ensuring equal compensation for U.S. women attending international events, a law that grew out of the U.S. women’s soccer team’s long struggle to be paid the same as men.

The Equal Pay for Team USA Act, passed late Wednesday, will require all athletes representing the United States in global competitions to receive equal pay and benefits in their sport regardless of gender. It covers America’s 50+ national sports and requires oversight by the US Olympic and Paralympic Committee.

The bill had previously passed the Senate with unanimous support. It now goes to President Joe Biden’s desk.

The bill follows a federal gender discrimination lawsuit filed by US women against US Soccer in 2019. At the beginning of this year, the women signed a new collective agreement that provided for identical wage structures for men and women and a fair distribution of the World Cup prize money.

For the past decade, most Olympic sports in the United States have met USOPC standards for equal balance. But inequalities persisted between men’s and women’s soccer teams – whose roles in international events like the World Cup led to unequal pay structures and differing oversight – which prompted lawmakers to enshrine these standards in law.

“By sending this bill to the President, both houses have sent a clear message that this is the standard for all national teams in all sports and it underscores the importance of working with our athletes to achieve equal pay, including international alignment Prize money,” USA Soccer President Cindy Parlow Cone said in a statement announcing passage of the bill.

Nick Cannon's NEWEST baby mom is leaving him and now with an Asian man... Seems to be raising Nick's BABY!! (PHOTOS)

Cincinnati Bengals DBs say they have Eli Apple’s back for matchup with Tyreek Hill, Miami Dolphins

Rams vs. Broncos takeaways: Does Cam Akers stay or go?