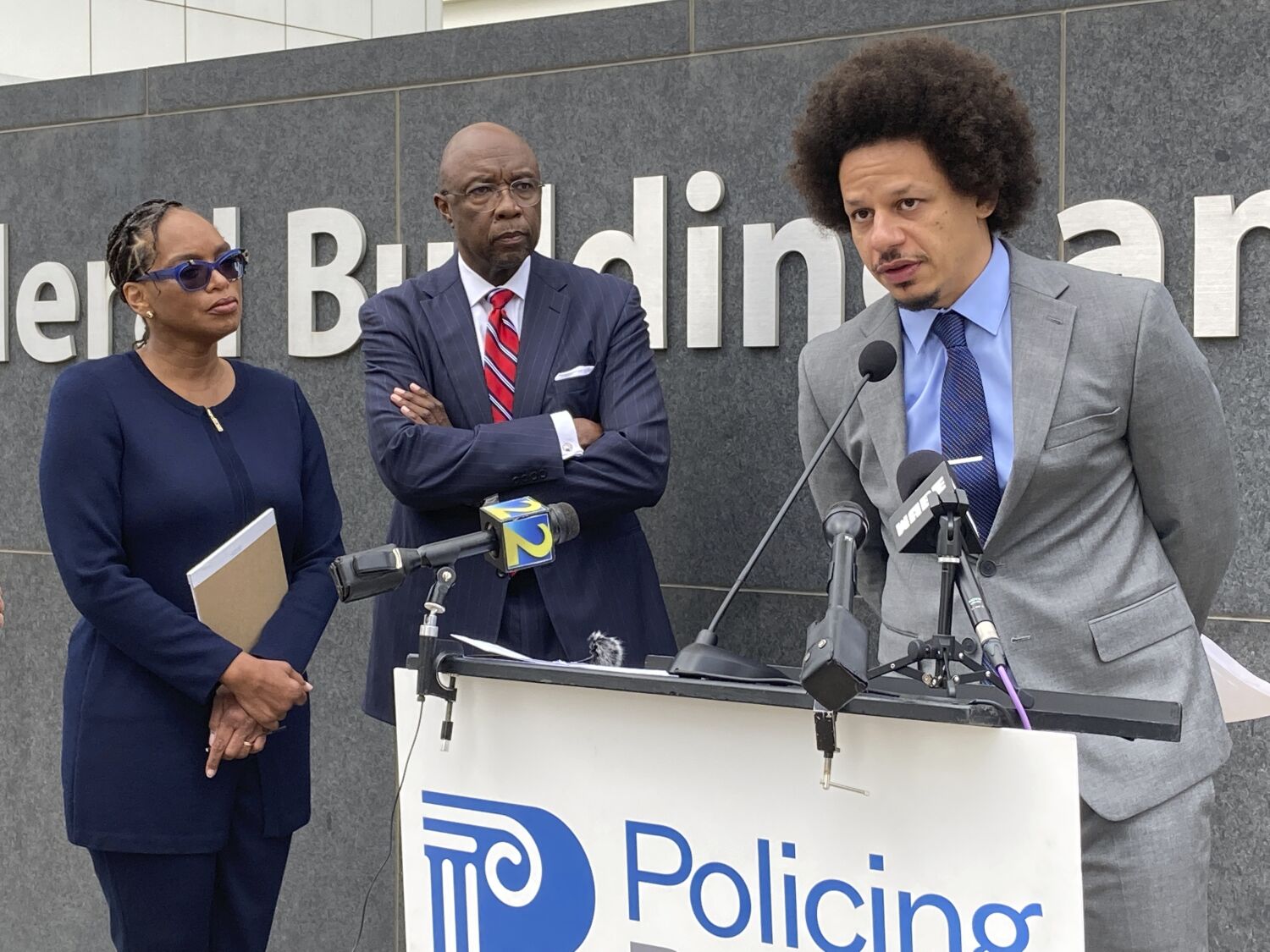 Eric André is taking legal action against the Clayton County Police Department a year after he said he was searched and pulled over at an Atlanta airport in 2021 for no “probable cause other than racism.”

“Mr André and Mr English are both black men who were unconstitutionally singled out for their race months apart and imprisoned by the CCPD [Clayton County District Attorney’s Office] Officers while attempting to board their flights from Atlanta to Los Angeles,” the legal document said. “None of the men committed a crime or engaged in any suspicious activity.”

At the heart of the lawsuit are two incidents, one involving English in October 2020 and one involving André in April 2021. The lawsuit says each comedian was stopped and searched while waiting on the jet bridge to board, and each for drugs was asked.

“I want to use my resources and my platform to bring national attention to this incident so it stops,” André said Tuesday during a press hearing in federal court in Atlanta.

Clayton County Police Representative Julia Isaac told the Times that the department is not commenting while litigation is pending.

According to the lawsuit, English was stopped on October 30, 2020 while traveling to Los Angeles from his hometown of Atlanta for work. After passing through TSA security, English was interrogated by two officers who asked if he was carrying any illegal drugs. The lawsuit alleges officers also searched English’s luggage and did not respond as to why they did so.

“Mr. English spent the entire flight contemplating the encounter, convinced something else was going to happen,” the suit said. “The entire experience was humiliating and disturbing.”

Six months later, André was on his way back to Los Angeles from filming HBO’s The Righteous Gemstones in Charleston, South Carolina. He was stopped while in Atlanta. The lawsuit alleges that two officers blocked André’s path to the cabin and initiated her interrogation.

“The experience was traumatizing, degrading and humiliating,” the suit said.

Shortly after the incident, André made a public statement on Twitter and during his guest appearance on Jimmy Kimmel Live! in April 2021.

“I’m down the little, narrow, awkward jet bridge, two cops come up – these two white cops on this little, awkward, narrow jet bridge, and they pull out their badge ‘Hawaii 5-0’ style and say : ‘Come with me,'” he recalled on the late-night show. “I’m business class, so I’m the only brown person there. Obviously they make me stand out.”

After recounting how an officer interrogated him about drugs and whether he “transported crystal meth to Los Angeles,” Andre shared the response he received from Clayton County Police Department and then-Atlanta Mayor Keisha Lance Bottoms would have.

Bottoms took to Twitter to apologize to the ‘Lion King’ actor for his experience at the Atlanta airport, adding that it was “not the Atlanta Police Department but another of the many agencies that work at the airport” that stopped him .

The Clayton County Police Department then issued a statement, saying the actor “voluntarily consented to a search of his luggage, but investigators have decided not to.”

While pursuing legal action, André encouraged those with similar experiences to speak up about their experiences.

“Any black or brown people who have toured the Atlanta airport and feel racially harassed by the Clayton County Police Department, please let us know now,” he said in an Instagram post on Tuesday.

Hollywood colleagues rallied behind André and English in the comments section.

Balenciaga Made an $1,800 Potato Chip Bag

Evan Peters Slays Both Sides of Crime, From Dahmer to Mare of Easttown

How tall is the Freeridge actor?