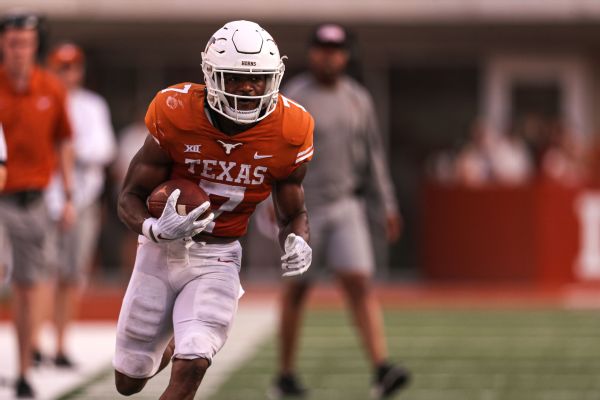 The former Alabama Crimson Tide bringing back the 2020 championship rings from Keilan Robinson is listed for sale by a Las Vegas pawn shop for $60,000.

Robinson moved to Texas from Alabama last year. He was not on the Crimson Tide active roster in 2020 after opting out due to COVID-19.

Robinson’s name and number are engraved on the rings.

A clip from the show covers the sale of the rings, which were brought by someone named Jon, who says he got the rings as a gift from his uncle. How the family came into possession of Robinson’s rings is unclear.

With the enactment of the interim NIL policy on July 1, 2021, the NCAA paved the way for athletes to capitalize on their name, image and likeness for the first time.

Among the many opportunities that arose were programs, including those at LSU and Penn State, that gave any player who chose to participate the ability to have schools sell their jerseys — including their name and number – and get a share of the proceeds.

He moved to Texas in 2021 and reunited with head coach Steve Sarkisian, who was Alabama’s offensive coordinator for the 2019 and 2020 seasons.

Robinson appeared in 11 games for the Longhorns last season, rushing for 322 yards and three touchdowns on 45 carries.

Texas will host Alabama in Austin on September 10th.

Dr. Dre's Attorney Claims Disney Tried to Sign Him For $4M Deal After 'The Chronic'

Will the NFC East finally have a repeat champ? Where the Cowboys, Commanders, Eagles and Giants stand