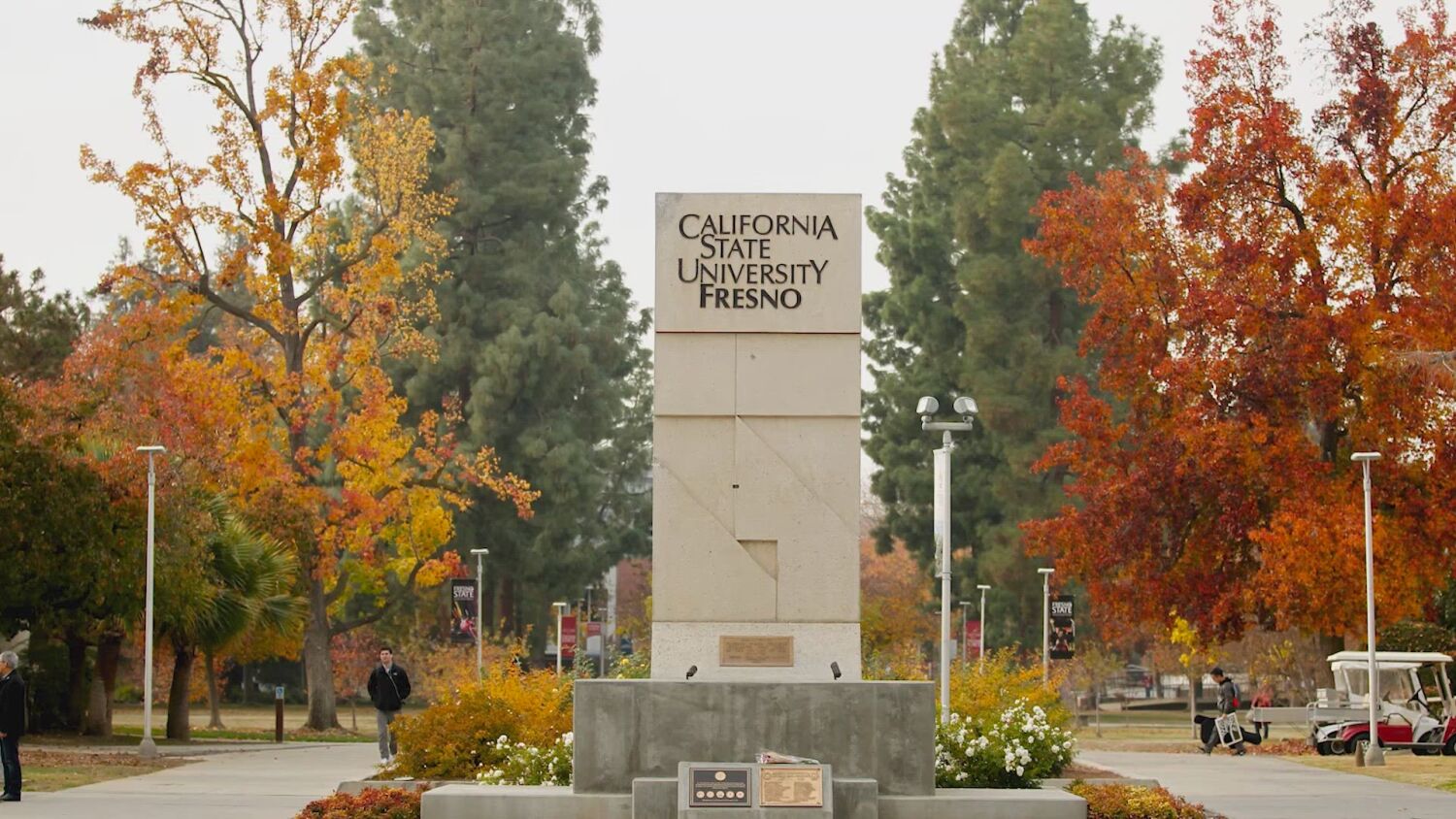 Former CSU Chancellor and Fresno State President Joseph I. Castro had a “blind spot” to his friend Frank Lamas, who was employed as the campus vice president who oversaw student life and later faced nine reports of sexual harassment, bullying, and Workplace retaliation was charged between 2014 and 2019, according to the report released on Thursday.

Castro’s “failure to address reports of alleged misconduct by lamas more rigorously when they surfaced was a notable factor, negatively affecting the effectiveness of campus responses,” according to the 10-page report from an outside law firm that the lamas previously searched for In a formal complaint from 2019, one of his former employees alleged that he had touched her inappropriately.

Previous complaints against llamas have included informal or anonymous accusations that he stared at a student assistant’s breasts, made comments about women’s appearance, and retaliated against the school’s Title IX coordinator.

Lamas left the university in 2020 with a $260,000 payout and a strong letter of recommendation from Castro under a settlement negotiated with the support of a retired judge and approved by the then-CSU chancellor. Three weeks later, Castro was appointed chancellor of the system.

In a statement Thursday afternoon, Castro disputed the report’s findings and said he made decisions on issues of sexual harassment and equality based in part on advice from the former chancellor and the CSU’s attorney general. He found that Lamas had a contract that would have allowed him to return to a lifetime faculty position on campus, even after an investigation found there was evidence of wrongdoing.

“I have been a staunch advocate for gender equality throughout my career and will redouble my efforts in this important area going forward,” Castro said.

Lamas was not immediately available for comment Thursday afternoon but has previously denied the allegations against him.

The revelations, first reported in February, have rocked the country’s largest four-year public university system and led to Castro’s resignation as chancellor this month.

The independent review, ordered in March by the CSU Board of Trustees and led by law firm Mary Lee Wegner, comes amid an ongoing investigation by the Times into glitches and inconsistencies in the way the 23-campus system handles sexual misconduct complaints and workplace bullying dealt with and retaliation.

Former Fresno State staffer Jessica Shulz, who was interviewed for the investigation, said the report was “disappointing.”

She acknowledged that Castro could have been more forceful with llamas, but said investigators failed to examine the roles of other top administrators on campus overseeing investigations into sexual harassment and other misconduct.

“They really dropped the ball,” said Shulz, who worked under llamas at the on-campus Cross-Cultural and Gender Center. “It confirms this narrative that this is at Castro’s feet and at his feet [alone] was responsible.”

The report’s findings appear to contradict information the CSU General Counsel provided to the 25-member board of trustees in an email on the morning of USA Today’s announcement of the Lamas settlement.

“The matter has been properly dealt with and in accordance with our policies,” General Counsel Andrew Jones said in a Feb. 3 email to the trustees, informing them that the chancellery was involved in the controversial settlement. “All of this happened in consultation with the then Chancellor [Timothy P. ] White, according to the rules of procedure of the board.”

Wegner’s report did not examine the role played by the Chancellor’s Long Beach office in helping Castro navigate the campus controversy.

Records verified by The Times show senior officials at the Chancellery were briefed on llamas when he was furloughed in November 2019 following his associate’s allegation. White and the Office of the General Counsel provided guidance as officials worked out the details of the 2020 settlement with llamas, the records show.

Kathryn Forbes, a Fresno State faculty member who is part of a campus task force investigating sexual harassment, criticized Wegner’s report for failing to address the role of White and the CSU General Counsel’s office in the Lamas controversy.

“The findings are positive for Fresno State and CSU, but not accurate in terms of what actually happened,” said Forbes, who served several years as a union commissioner representing the faculty in investigations into sexual harassment and workplace misconduct.

The report said Castro did not document any actions he took to counsel lamas following the early informal and anonymous allegations of misconduct; Nor has he issued written warnings, included concerns in llamas’ performance reviews, or placed llamas on an improvement plan.

But the report failed to recognize that the CSU does not prescribe what steps to take when complaints are made informally, and that without guidance, campus officials are typically left to make their own decisions. The lack of formal guidelines has created discrepancies throughout the system for how such complaints are handled, according to The Times’ ongoing investigation.

Allegations against llamas first surfaced in 2014 but were only investigated in 2019 after a formal Title IX complaint was received alleging that llamas allegedly touched an employee’s knee and ran his hand down her thigh in a car while he was driving spoke to her about job prospects two years of other unwanted contact with her. Title IX is the federal law prohibiting sex discrimination in all federally funded educational institutions.

The llama settlement was approved by outgoing Chancellor Timothy P. White on behalf of the Board of Trustees. But trustees said they were unaware of the allegations and the terms of the settlement. Castro previously told the Times he believed White would have passed on the information if he felt it necessary.

Amid the outcry over the revelations, the board led the Fresno State review in addition to an assessment of Title IX procedures at all 23 sites.

“It’s important that we understand how Fresno State campus leaders responded to workplace concerns surrounding Dr. Frank Lamas responded,” then-Chair of the Board of Trustees Lillian Kimbell said in a statement in March. “We will examine the past to uncover potential new facts, learn from them and take appropriate action.”

Kimbell previously said that Castro “acted in accordance with CSU policy in this case and used the management tools at his disposal to address the situation.”