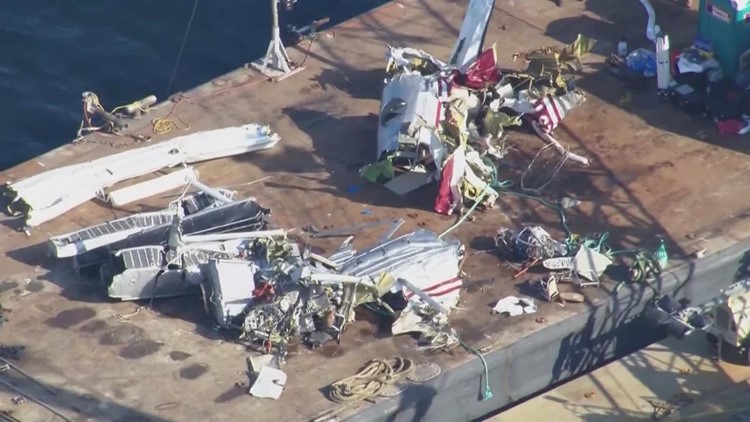 SEATTLE – The Federal Aviation Administration (FAA) issued an Aviation Reliability Directive on Tuesday for Viking Air Limited’s DHC-3 aircraft as recommended by the National Transportation Safety Board (NTSB) in The investigation is ongoing into the seaplane crash that killed 10 people off Whidbey Island in September.

The NTSB last week issued an “urgent aviation safety recommendation” and said the lock that helped the plane control its altitude was not located when officials examined the wreckage of the crashed seaplane, could lead to the pilot losing control of the air.

The FAA last week said it had been in contact with DHC-3 operators prior to the recommendation but has now issued an official directive on aviation reliability, which is also part of the NTSB’s request.

During an inspection of the seaplane’s wreckage, the NTSB said it found an upper eye clamp nut and the stabilizer actuator bearing assembly that was aligned with the actuator barrel had come loose from the barrel.

The inspection reportedly found a circular wire locking ring, which is designed to prevent the clamp nut from twisting. According to the NTSB, if they are separated, the actuator will not be able to control the position of the horizontal stabilizer, resulting in a decrease or loss of pitch control.

“Immediate action is needed to inspect the actuators of the DHC-3 aircraft, of which 40% operate in the United States, to prevent a similar tragedy from happening again,” said Jennifer Homendy, NTSB President. out. “The NTSB is making this urgent recommendation as a result of a significant finding made by NTSB investigators.”

The current certificate holder for the DHC-3 aircraft, Viking Air Limited, has issued a service letter recommending that operators “visually confirm that the stabilizer actuator lock ring is present, is correctly placed in the slot in the top case… and the locking ring drum has been inserted into the clamp nut. “

The NTSB released a preliminary report in September, detailing the moments leading up to the seaplane crash.

On September 4, the seaplane took off from Port Friday as a scheduled commuter flight to Renton City Airport. Witnesses said the plane went up before plunging and disappearing under the water in Mutiny Bay.

According to the family’s attorney, the victims’ families have announced they plan to conduct their own investigation into what happened, citing that the NTSB’s findings were not admissible in court.

The number of victims found and identified has reached seven, according to the Island County Department of Emergency Management. The bodies of Jason Winters, the plane’s pilot, Sandra Williams, Ross Mickel, Luke Ludwig and Rebecca Ludwig were found during the NTSB recovery operation earlier this month. Gabrielle Hanna’s body was found on September 4.

The Clallam County Coroner’s Office said the body found in Dungeness National Wildlife Refuge on September 16 has been identified as 66-year-old Patricia Hicks of Spokane Valley. The bodies of three victims are still missing.

Programs to help Latinos find a career in the arts