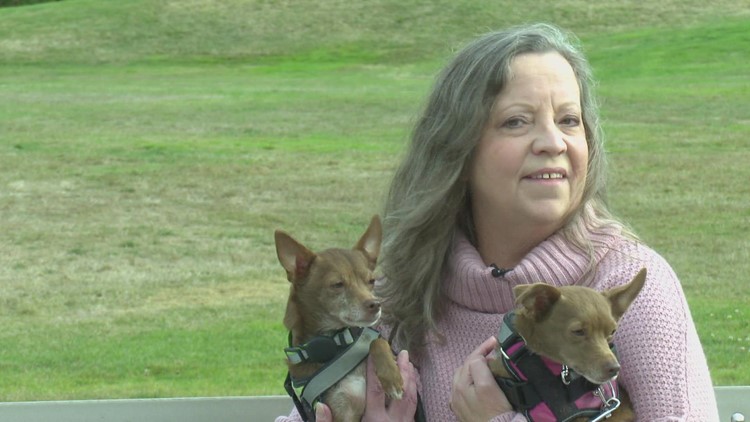 KING COUNTY, Wash. – A Facebook group dedicated to reuniting lost dogs with their owners is making an impact in King County, with the help of nearly 34,000 members.

“I’ll do everything I can so they never go missing,” said Facebook group moderator Lily Burns. She said she hopes the same goes for other dogs across King County.

Burns was with her two favorite girls, her two dogs, at a park in Redmond on Wednesday.

“I mean, these are my kids and I hope that most of the people who post on this site feel the same way about their dogs,” Burns said.

The Facebook group, Lost Dogs of King County was started back in 2014 by James Branson, founder of Useless Bay Sanctuary, a nonprofit dedicated to finding lost dogs.

Burns said that with Branson’s vast knowledge of pet rescue, the team wanted to spread their knowledge to the community with tips to prevent dogs from getting lost.

Tips include getting your dog to wear a martingale collar and ID tag, using two leashes for high-risk dogs, taking lots of pictures of your dog so they can be posted if they get lost, microchip your dog along with other precautions.

The group also has tips on what to do if a dog is currently lost. Some of those tips include:

Burns has been a moderator of the group since 2019 and has had a real impact, monitoring the page for nearly 100 hours per week.

“Lost Dog in King County helps reunite about 10,000 dogs a year, and we have people from all over King County, sometimes outside of King County, posting on our page asking for help,” she said.

Burns doesn’t want to take all the credit. She is adamant that it was a team effort and is grateful to Branson for creating the group and the other moderators on the site as well as the nearly 34,000 members who helped reunite the family.

“I still hope that those dogs make it home, and I helped keep the headquarters running and if that day happens, I will cry a lot of tears,” Burns said.