It’s never too early to start planning your viewing habits for the fall season, so TVLine and tradition have compiled a grid by day, hour by hour. among the prime time schedules – in fact, almost all broadcast networks.

ABC, CBS, NBC, and The CW have all revealed their schedules, as shown below, while Fox announced its programming without detailing any daily game plans (for now). .

• MIDSEASON LAUNCHING for each network, as announced, are listed below the grid.

• Want news on any of these programs? Its never too early to ask! (Unless that’s the case.) Email InsideLine@tvline.com and your question can be answered via Matt’s Inside Line. 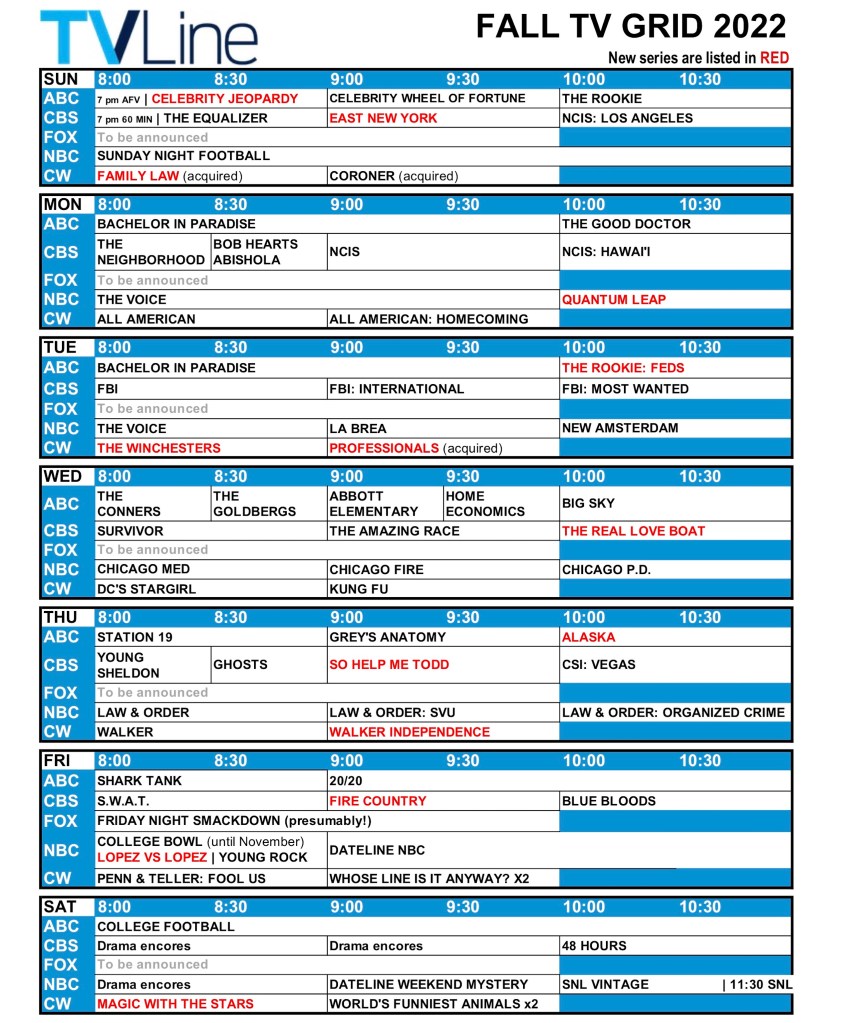 ‘Lightyear’ review: Buzz spinoff goes to adequacy, not beyond