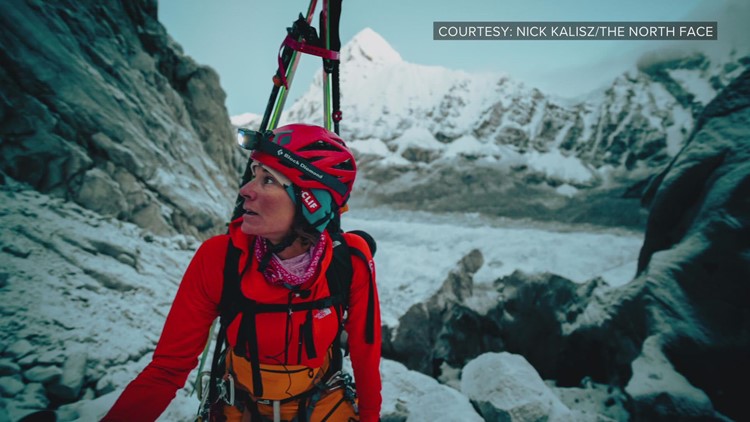 Hilaree Nelson reached the summit of Mount Manaslu and was skiing down the 26,775-foot summit with her partner when she reportedly fell off the mountain.

SEATTLE — The body of a famous US extreme skier who grew up in Seattle and disappeared this week after falling from the world’s eighth highest mountain was recovered on Wednesday and transported to the Nepalese capital.

Hilaree Nelson, 49, was skiing down the 8,163-meter (26,775-foot) summit of Mount Manaslu with her partner Jim Morrison on Monday when she fell off the mountain.

Her body was flown by helicopter to a hospital in Kathmandu, where doctors were scheduled to perform an autopsy.

Rescuers searching by helicopter located Nelson’s body on Wednesday after failing to find it on Tuesday and Monday when inclement weather hampered their search.

Also on Monday, an avalanche at a lower altitude on the same mountain killed a Nepalese and injured several other climbers.

Hundreds of climbers and their local guides attempted to reach the summit during the autumn climbing season in Nepal.

Nelson and Morrison are extreme skiers who reached the summit of Mount Lhotse, the fourth highest mountain in the world, in 2018.

According to Nelson’s website, her expedition career has taken her to many “firsts” in the ski mountaineering world for more than two decades.

“She went through a lot of those things and came out the other side,” Jason Martin, the chief executive of the Bellingham-based American Alpine Institute, told KING 5 on Tuesday after Helson’s disappearance. “Yeah, it’s not the kind of thing you’re expecting and it’s incredibly sad.”

Martin said these are the risks her mountaineering community faces almost every day.

“Even if you make the right decisions, we have subjective risks and objective risks. Lenses are always there, it’s a crevasse or the weather, whatever. Subjective risks bring with them a desire to climb the mountain,” Martin said.

Martin said he felt for her family. According to Nelson’s website, she has two sons.

The Nepalese government has granted permits to 504 climbers during the fall season. Most climb Mount Manaslu.

Driver arrested on suspicion of murder in Porter Ranch crash

Arizona Cardinals: JJ Watt announces he is playing in Sunday’s game after medical emergency on Wednesday