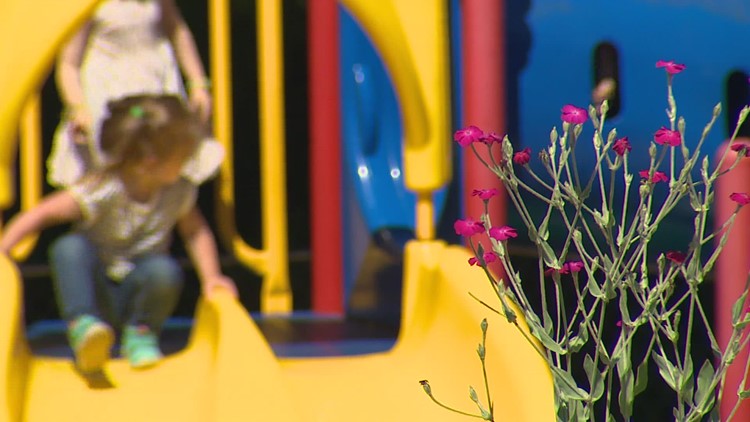 Everett’s Way to Grow Early Learning Center is the latest to close, indicating a nationwide crisis.

EVERETT, Wash. – This week, parents at Everett’s Way to Grow Early Learning Center had 17 days to find new childcare in a market where waitlists are often 12 months long.

On Friday, August McKenna took his son Jack to daycare for one of the last times. It’s a brutal lesson for families to learn.

“There’s no way you can look at this and say it’s good,” McKenna said. “Every look is ugly and shit.”

The Early Learning Center closes on July 29, leaving 60 children and their families in a near-impossible situation.

“I can’t have a full-time job and take care of him at home,” McKenna said. “I can’t just throw a 2-year-old in front of the TV for eight hours a day.”

Since 2017, Washington state’s population has grown by more than 400,000 people. The care capacity was only increased by 3,000 places. Overall, child care providers in Washington are down 20%, according to Child Care Aware of Washington.

Snohomish County officials say they’ve lost 25% of childcare workers over the course of the COVID-19 pandemic. For every teacher who leaves, there are up to six parents who cannot go to work.

Now that the pandemic moratoriums have ended and inflation has set in, landlords are now raising rents to make up for lost time and money.

At Way to Grow, the issue appears to be a lease extension with the property owner, as announced in a letter the company’s CEO, Bing Huang, sent to the parents.

With 17 days’ notice before closure, McKenna believes there should be a mandatory minimum notice for families who lose daycare.

“I’d like to see regulations where you have to give parents three months before unplugging a service they rely on,” he said.

Snohomish County Office of Recovery and Resilience Deputy Director Chrissy Grover-Roybal told KING 5 that it is not currently being considered. However, she said the county is working to increase capacity by converting Mama and Pop daycares into larger businesses.

“We want to give you the support, the financial incentives, the infrastructure and the capital to start your own small business, become a licensed childcare worker so you’re looking after not just two kids, but six, so you’re in help create these slots,” said Grover-Roybal.

At the moment these slots are hard to come by.

On Friday, the chant “Save Our School” rang out from the Way to Grow playground.

McKenna couldn’t help but believe it’s his son Jack and all the other kids are the ones paying the price.

“At the end of the month I have to tell him that the people you see and love every day you can’t see anymore. How do you explain that to a two year old? I don’t think you can.”

Gascón appeals order that knocked down prior strikes directive