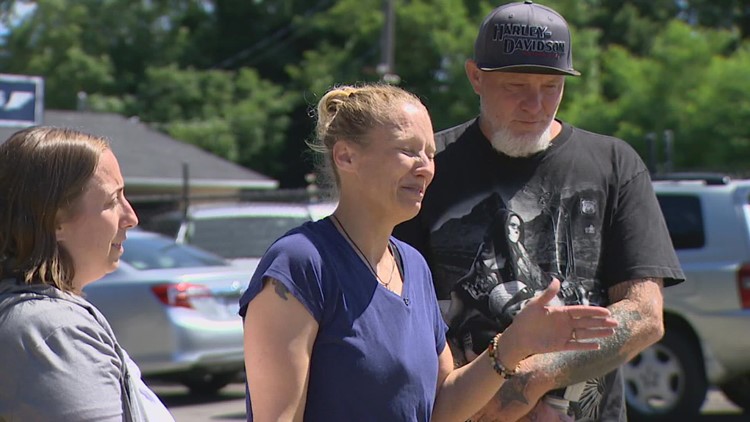 Michael Weilert was beaten and killed while crossing the intersection of Pacific Avenue and South 134th Street.

TACOMA, Wash. — Amber Weilert said her son Michael Weilert enjoyed riding his bike and did so whenever he got the chance.

“He loved riding the bike that he just built … he just built his bike,” she said. ‘That’s how he and his friends got around. They’re 13, some of them are 14, but they did that.”

That tragically ended Tuesday when Michael was hit by a car, killing him while crossing the intersection of Pacific Avenue and South 134th Street.

“He did everything right, he did what he was supposed to do,” said Weilert.

Biking advocates in Pierce County have spoken out about Weilert’s death. Noah Struthers runs Second Cycle in Tacoma and understands the importance of bikes in helping people get around.

“I was servicing bikes for people who said: I have to go to the port at 3 a.m. There’s no bus that goes at 3am, so they have to ride a bike to get there,” he said.

Struthers said something had to be done to make the streets safer for pedestrians and cyclists. Otherwise, the deaths will continue.

Meanwhile, Amber simply hopes this tragedy can be avoided.

“I just want to make this safe for his friends and everyone who’s going to be using these roads because I can’t imagine a parent going through something like this,” she said.

No arrests were made at this time. The State Patrol is still finalizing its investigation and will forward its findings to the Pierce County Attorney’s Office, where they will determine if the charges are fair.

Michael’s friends are holding a vigil this Saturday at 7 p.m

Man killed in July 4 explosion in Montebello is identified