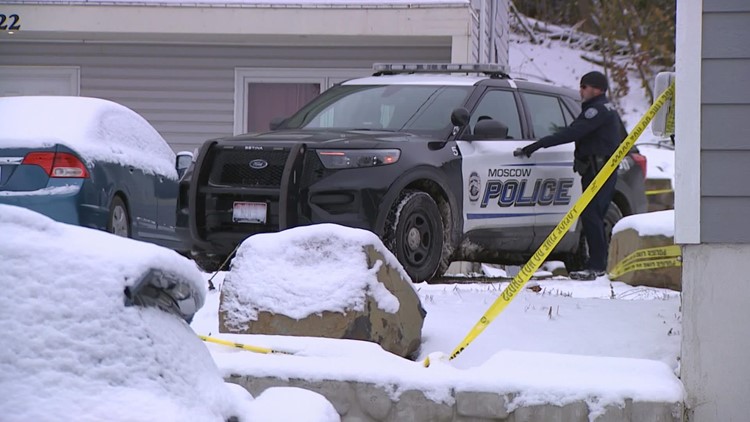 The parents of the suspect in the University of Idaho murder have released a statement for the first time since their son was arrested.

MONROE DISTRICT, Pa. — The parents of the University of Idaho murder suspect have released a statement for the first time since their son was arrested.

“First and foremost, we care deeply for the four families who have lost their precious children. No words can adequately describe the sadness we feel, and we pray every day for them,” the family said through their son’s public attorney, Jason LaBar, Esq. The statement continued: “We will continue to let the legal process go and as a family we will love and support our son and brother. We have cooperated fully with law enforcement agencies in their efforts to find the truth and promote his presumption of innocence instead of judging unknown facts and making false assumptions. “

Investigators believe the four college students and the victim were likely asleep in a home off campus on November 13 when they were stabbed multiple times and killed.

Meanwhile in Monroe County, Pennsylvania early Friday morning, Kohberger was at home with his parents when they knocked on the door and found their home surrounded by police, according to Kohberger’s public attorney. LaBar said the family cooperated, but was surprised.

“What they’re hearing isn’t the Bryan they know and love, and so it’s really out of the ordinary,” LaBar said.

Labar said Kohberger was shocked when he was arrested and was looking forward to being cleared of the crime.

Washington State University police assisted in executing a search warrant Friday at Kohberger’s apartment and office, both located on the WSU Pullman campus.

Nephi Duff, who lives in the same Pullman apartment building as Kohberger, said: “I mean, it’s crazy. “I was a bit dumbfounded knowing that this could be happening right here. Or– someone might be conspiring to do something like that right here.”

Another neighbor, who wished to remain anonymous, said she knew Kohberger, he was polite and seemed normal, but often made strange noises in the middle of the night, as if he was cleaning or using tools.

“It was just very loud sounds,” said the neighbor. “So he would wake us up… and then sometimes I just think, ‘Okay, what’s going on?’”

Kohberger remains in Pennsylvania and will appear in court on Tuesday. At the time, his public defender said he planned to give up the extradition hearing so he could be quickly returned to Idaho—possibly as early as Tuesday night through Wednesday morning—to face with murder charges.

LaBar also said Latah County would be ready to fly Kohberger back to Idaho by that time.

What is the "Mayonnaise Incident" drama on TikTok?

Do states run their own elections? Yes, they do.

Winter Storm 2022: What not to do when digging out your car