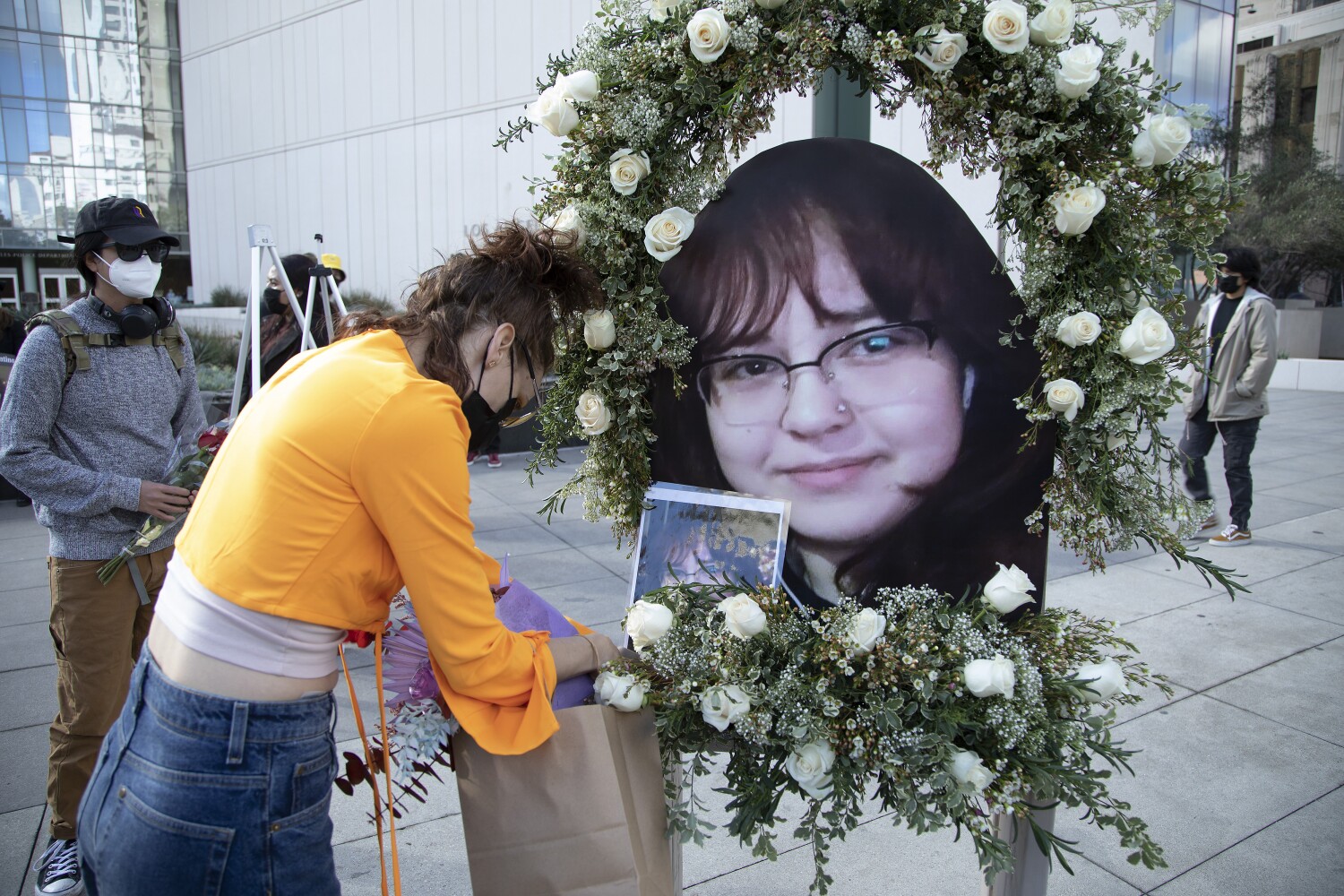 The parents of Valentina Orellana-Peralta, the 14-year-old girl who was accidentally killed in a Los Angeles police shooting in December, have filed a lawsuit against the city and the officer who fired the fatal shot.

Soledad Peralta and Juan Pablo Orellana Larenas allege the LAPD failed to “adequately train and supervise” the officers who faced an alleged assault at a North Hollywood department store. The lawsuit involves William Dorsey Jones Jr., the officer who fired multiple shots at the suspect, one of which accidentally hit Valentina in a dressing room.

“More importantly, there was and continues to be a custom, policy and practice within the Los Angeles Police Department … that fostered an environment that permitted and permitted this shooting,” the lawsuit states, which calls for a jury trial rather than damage is described in more detail.

Jones is named as a defendant along with the city, the LAPD and Burlington Stores Inc. On Monday, an LAPD spokeswoman offered her condolences to Valentina’s family but said she could not comment on pending litigation and the city’s attorney’s office said it had not yet seen the suit and would not comment. Attempts to reach Jones’ attorney were unsuccessful.

The tragedy of Valentina’s death prompted an outburst of sadness and outrage among police critics, some of whom called for criminal charges to be brought against the officer for his handling of the incident.

Jones was one of several officers who responded to 911 calls in which a man, later identified as Daniel Elena-Lopez, attacked customers with a metal bike lock inside the store. At least one caller falsely told a dispatcher that Elena-Lopez had a gun and fired it.

Jones rushed past other officers who urged him to slow down.

Elena-Lopez, 24, was hit and later died. Almost immediately after the shooting, a woman’s screams could be heard from a nearby dressing room, where Valentina had been trying on dresses with her mother.

According to the lawsuit, filed in Los Angeles County Superior Court earlier this month, Peralta held her daughter when she was struck and “felt her daughter’s body go limp and watched helplessly as her daughter died, while she was still in her arms”.

As her daughter lay dying, Peralta was ordered by police to leave the locker room and wait for “what felt like an eternity” without receiving any further information about her daughter’s condition, the lawsuit says. She was not immediately informed when her daughter died, the lawsuit alleges.

The teenager had come to the United States from her native Chile about six months before her death and dreamed of becoming an engineer and a US citizen.

An autopsy report released last month showed that Elena-Lopez was taking methamphetamine at the time of the incident.

Police officials have promised a thorough investigation into the shooting. The California Department of Justice is also conducting an independent investigation.