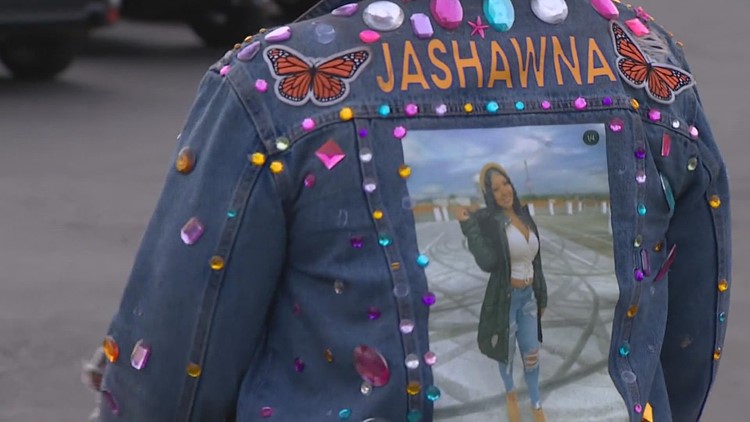 Jashawna Hollingsworth, a high school student and aspiring nurse, died of her injuries in a double shooting at Southcenter Mall.

TUKWILA, Wash. – Jashawna Hollingsworth’s family went through the Thanksgiving break without their beloved high school student and aspiring nurse, recently honoring her graduation at her grave.

Larsell Hollingsworth said: “Everything is hanging in the air and emotionally – from the heads of the family to the lowest of the families – there aren’t any answers, no whys, no no one”. “It makes us fresh, everything feels fresh like it happened yesterday. We don’t have any answers.”

On November 24, 2021 — the day before Thanksgiving — Hollingsworth spends a day at Southcenter Mall with his boyfriend and family. Both she and her boyfriend were shot; Hollingsworth died of her wounds. Josiah Burnley, then a freshman in college, went home for the holidays; he survived.

Both families are still dealing with the trauma of that day.

“They were both in Harborview. She was on one floor, he was on the other. And then he had to say goodbye to his girlfriend,” Burnley’s mother, Jeanine Burnley, said in an interview. in February. That’s when KING 5 first interviewed Burnley and Jashawna’s mother, Jaala Brown, about their efforts to raise awareness of the incident and ask the community for answers.

“I just want justice, that’s all I have to say there, I want justice for my daughter and peace in my life,” Brown said.

Larsell said Hollingsworth was an exemplary student and a devoted member of the family. He doesn’t understand how this happened to her and is hoping someone will come forward.

“She’s really going to school and looking for her future,” Hollingsworth said. “Suppose… you can’t close that door. When someone gets caught, it repeats everything again.”

There is now a $4,000 reward for information leading to an arrest. The reward poster says that anyone with a tip can contact the Tukwila Police Department at 206-492-9007.

Elon Musk’s ultimatum for Twitter staff: Leave or be hardcore

How the rising cost of beer is impacting Seattle area consumers