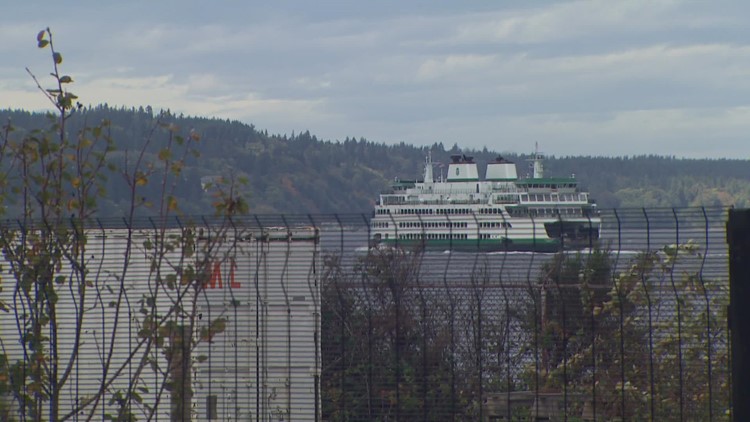 The lawsuit claims Washington State Ferry workers may have prevented the December 18, 2021 crash.

CLINTON, Wash — The families of two people killed in a drunk-driving crash on Whidbey Island in 2021 are suing the Washington State Department of Transportation and the driver responsible for the crash.

The lawsuit, filed on behalf of the estates of Sharon Gamble and Kenneth Weikle, claims that Washington State Ferry workers may have prevented the crash on December 18 of last year.

Gamble and Weikle were killed when Danielle Cruz crashed into their car after leaving the Clinton ferry, according to an incident report by the Washington State Patrol. Cruz was drunk at the time, according to reports.

On the day of the incident, witnesses at the Mukilteo ferry terminal saw Cruz “deviate”, stop at a green light, and hit the rear of a vehicle traveling in the stopped lane, according to the complaint. Ferry staff also witnessed her crash into the vehicle in front, but Cruz was allowed to board the M/V Issaquah.

The complaint says a crew member was informed that a Washington state trooper was not available to meet the boat when the crew member called the command center.

Cruz was said to be “unconscious in the driver’s seat” and the crew had difficulty waking her when the ship reached Clinton, the complaint said, but she eventually regained consciousness and drove off, nearly crashing into a jetliner. Trucks in the stream of vehicles are waiting.

The complaint describes a written statement by a ferry worker who said what she heard and saw “worried her” to the point where she said, “Something is about to happen.”

Gamble was killed at the scene. Weikle spent 12 days in the hospital before his death.

KING 5 has contacted the Department of Transportation, but it said it does not comment on pending litigation.

The Looting of Johnson & Johnson

Didi Says It Will Proceed With Delisting From NYSE