Who are the best Fast and Furious characters? A series of hugely successful action films spanning 20 years, nine episodes and an epic spin-off, the Fast and Furious franchise is a truly unique beast in the modern cinematic landscape. Suppressed engines, stunning set pieces and of course a family; this series really packs a punch.

The Fast and Furious journey began in 2001 with a simple heist film about DVD player theft, but the series has evolved over time into something much more eclectic. Now, as we eagerly await the Fast and Furious 10 release date, our NOS-powered heroes were last seen launching into space, and we can’t wait to see where they fly next!

Who are the best Fast and Furious characters? 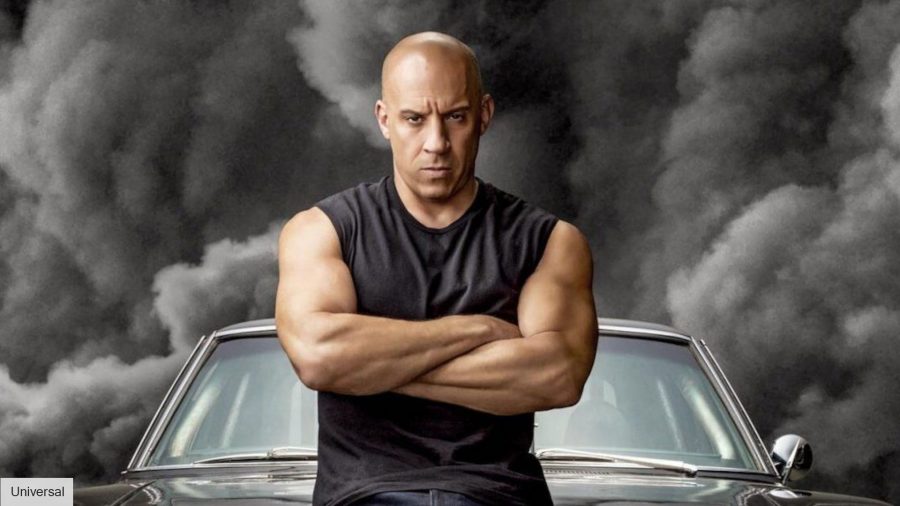 All Dom wants to do is live life a quarter mile at a time, admire some body work, and spend time with his family. Sure, he might break some laws in the process, but we’re not going to blame him for that. Dominic Toretto is fearless, loyal and always one step ahead of everyone else around him.

It’s about family: Fast and Furious movies in order

His high-flying, hair-raising plans may sound crazy at times, and they occasionally endanger those closest to him, but for the most part, Dom’s bravery and ability to get out of any sticky situation is usually enough to keep the team out of the clutches of the law.
Long before he became everyone’s favorite tree in the MCU, Vin Diesel helped spawn one of the most successful franchises in film history. Without Dom there would be no Fast and Furious, and for that we are eternally grateful.

The late Paul Walker and his character Brian O’Conner are almost as synonymous with the franchise as Vin Diesel’s Dom. The cop-turned-criminal brings all the charm and instantly conquers audiences and indeed the Toretto clan (well, most of them) from the very first film.

Millennium Error: The best films of the 2000s

The character embarks on a tumultuous journey throughout the series, eventually choosing the Toretto family’s loyalty and everything it stands for and giving up his career with the LAPD. Of course, a big part of that decision is thanks to Mia Toretto and the beautiful relationship they share, which really makes you want to support O’Conner.

From the moment he facilitates Dom’s escape at the end of The Fast and The Furious to the couple’s emotional goodbyes in Fast and Furious 7, Paul Walker’s legacy will live on forever in this franchise, and his enduring friendship with Dom is one of the series’ most beautiful elements.

First introduced in the worst movie of the entire series, Tokyo Drift, Han manages to be the best of that particular movie by far, cementing his place as one of the best Fast and Furious characters.

Past, present and future: The best time travel movies

It’s a shame Han apparently dies in Tokyo, but thankfully he reappears in the next few episodes of the series, set before the events of the ill-fated third film. And he’s even coming back from the dead, making a spectacular return in Fast and Furious 9.

Effortlessly cool, calm and collected, Han never seems to get upset by the crazy situations that are going on around him. Also, his character’s name is Han Seoul-Oh, which is the coolest Star Wars reference ever, so he gets bonus points for that!

She may be Dom’s little sister, but Mia Toretto certainly does more than enough to rank as one of the best Fast and Furious characters in her own right. Even if she isn’t the center of attention all the time, Mia’s development from a non-driver to a key figure in many heists and getaway missions is great fun.

edge of your seats: The best thriller films

Often a calming influence and the voice of reason, Mia is the person who brings out the best in both her brother and Brian O’Conner. Mia is arguably the most grounded character in the franchise and as such the most relatable, giving her journey great emotional weight.

Roman, or “Rome” as his old friend Brian affectionately calls him, may have an insatiable need for food, but he doesn’t always have the same hunger after a heist, as he seems to be the only one to herald the madness of some of the plans of the gang.

Good for a laugh: The best comedy movies

He would clearly prefer a life of comfort and luxury, but he just can’t help when the Toretto crew calls and keeps coming back to help his buddies when they need him most.

It’s no coincidence that the best Fast and Furious movie is the first starring Dwayne “The Rock” Johnson, while the fifth installment in the franchise introduces us to the hideous Luke Hobbs.

The actor’s undeniable star quality shines through right away, and he really helps improve the series with his commanding screen presence and action-packed skills. Not to mention his unforgettable “Give me the veggies” line.

Although he initially begins his fast journey by trying to stop the Toretto clan, Hobbs soon develops an immense respect for Dom. Whether the two go head-to-head or clash over a joke, their chemistry is a real highlight of the later films in the franchise.

While she may not have a huge role to play in terms of actual screen time, it has to be said that Elena Neves’ impact on the Fast and Furious franchise is huge. In addition to fighting well as a dedicated lawman and assisting the Toretto team whenever she can, Elena is also a key figure in setting up one of the most shocking twists in the entire series.

Elena is a grossly underrated character who sacrifices so much for the cause. Not only does she step aside and allow Dom to reunite with Letty despite being pregnant with his child, but she also pays the ultimate price when she dies at the hands of Cipher to protect little baby Brian Toretto.

One of the main problems with the Fast and Furious franchise is that many of the villains can be pretty boring and forgettable. Come in, Deckard Shaw! When Jason Statham joins the series as the sneaky Deckard, we finally have a villain to remember who not only poses a real threat to the Toretto crew, but also brings a screen presence to rival the likes of Dwayne Johnson and Vin Diesel.

Indeed, Shaw’s great rivalry with Johnson’s Hobbs is one of the show’s most valuable assets, and it’s not surprising that the brothers-turned-enemies deserve their own spin-off film together. Deckard is skilled and smart, but most of all you know he enjoys every moment of his ass-kicking escapades.

When Kurt Russell shows up, just know he’ll always deliver. And that’s exactly what he does as the mysterious Mr. Nobody. He’s super cool, enigmatic, and charming, as Russell often is. And of course he has access to an insane arsenal of technology, weapons and impressive vehicles. What’s not to love?

Into the stratosphere: The best science fiction films

A powerful man who can make things happen, Mr. Nobody regularly brings the team together and even manages to turn sworn enemies into trusted allies. Since his arrival in Fast and Furious 7, it’s hard to imagine how the gang would have thrived if it weren’t for this man.

Also worthy of special praise is Mr. Nobody’s handling of his protégé, Little Nobody, whose frustratingly rigid adherence to the rules is softened over time by his master’s nonchalant guidance.

The Shaw family is a who’s who of badass Brits, and while her big brother Deckard arguably calls the shots, Hattie Shaw might just be the wildest woman in the entire Fast and Furious franchise. Granted, women don’t often get a chance to shine on this show, but Hattie steals the show from almost everyone in the Hobbs and Shaw spin-off.

Hattie ultimately belongs to a very elite club of people who can say they faced Idris Elba’s superhuman Brixton and walked away, not to mention they stood up to Luke Hobbs as well. If a Hobbs and Shaw sequel does pan out the way we’re expecting it to, we sincerely hope Vanessa Kirby has a role to play again.

And so we’ve come to the finish line of our list of the best Fast and Furious characters. We hope you enjoy our own Most Wanted list, but if you need more destruction and mayhem in your life, check out our best guide to disaster movies.

You can currently watch the first six episodes of the Fast and Furious franchise on the Amazon Prime streaming service.

Europe Hits Putin Where It Hurts

Chris Redd out of hospital after getting punched in New York