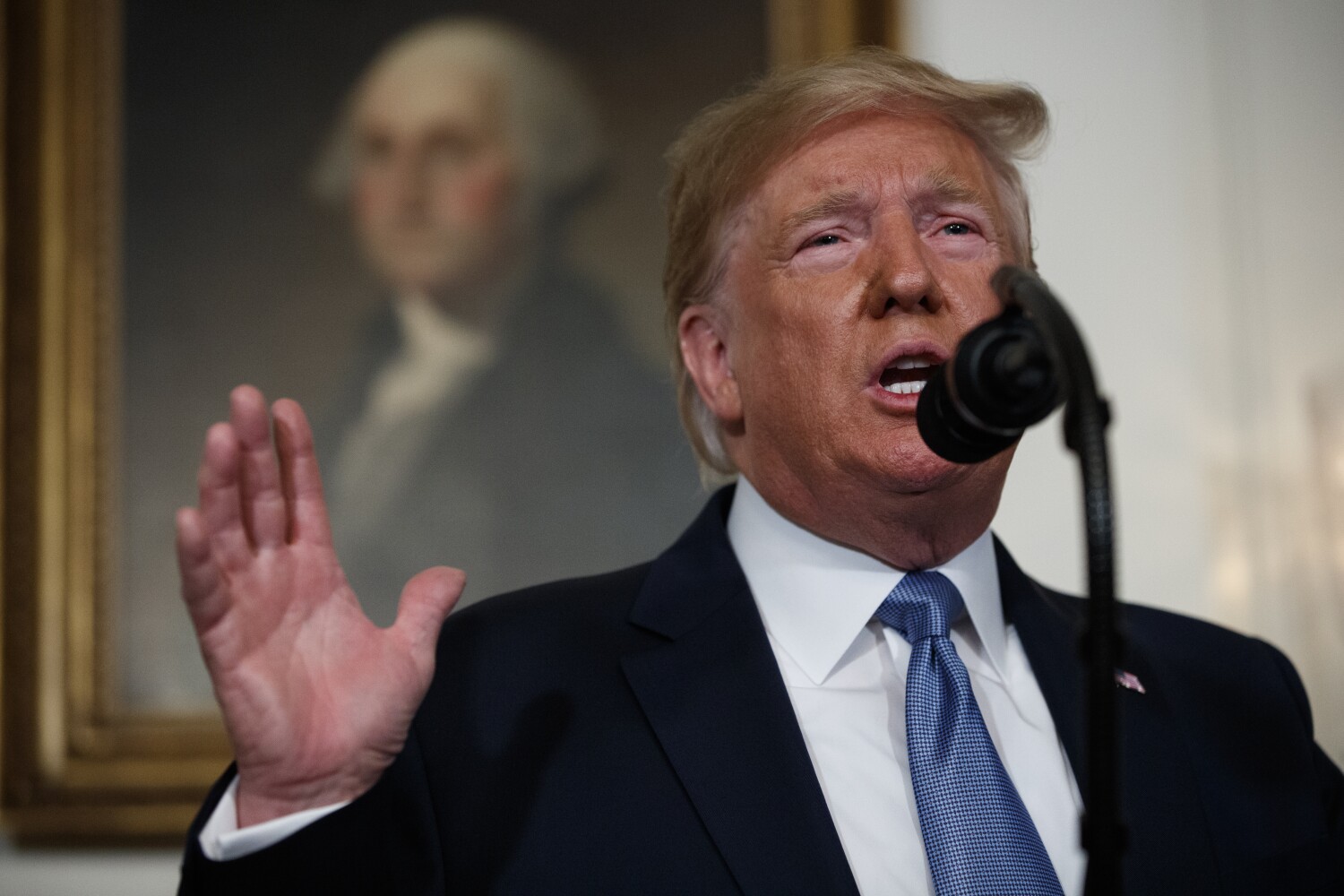 Former President Trump said in a statement Monday that the FBI is searching his Mar-a-Lago, Florida home in what he described as a “raid”.

It wasn’t immediately clear why agents were present at his Palm Beach home, but Trump said the property was “besieged, raided and occupied by a large group of FBI agents.” He added that agents broke into his safe.

“Having worked and cooperated with the relevant government agencies, this unannounced raid on my home was neither necessary nor appropriate,” he said.

In the statement, Trump called the raid an attempt to influence the November midterm election and compared it to the Nixon campaign bugging the Democratic National Committee during the Watergate scandal.

Several former Trump administration officials recently testified before a grand jury as part of the Justice Department’s investigation into the events surrounding the January 6, 2021 riot, but it was not immediately clear whether the search was related to this or other Trump-related matters Investigations, including the possible destruction of records by the President, that took place after he left office.

Trump has strongly indicated that he will seek another term, with an announcement expected as early as the next few weeks.

The US Attorneys’ offices in Washington and the Southern District of Florida did not immediately respond to requests for comment. A White House official said the administration was not notified of the search in advance.

A spokesman for the House committee investigating the Jan. 6 attack on the US Capitol declined to comment.

Julian E. Zelizer, a presidential historian at Princeton University, said Trump is correct in pointing out the unprecedented nature of the raid, even if his Watergate analogy is way off the mark.

“It’s not a burglary. It’s the opposite,” he said. “This is a legitimate search. It’s not like what Nixon did to the Democrats. If anything, it’s more akin to what might have happened to Nixon had he not been pardoned.”

The other unprecedented aspect of the federal investigation, Zelizer added, is Trump’s nascent but still unannounced bid to run for the presidency again in 2024.

“It’s not just an ex-president that’s being investigated, but a potential candidate for 2024,” he said.

Trump’s immediate politicization of the crackdown comes as no surprise given his previous responses to a special investigator investigation, two impeachments, and the other ongoing federal investigations into his business dealings. As incumbent president, he is no longer constitutionally immune from prosecution.

“He never gets attacked and doesn’t use the attack,” said Zelizer. “The question is: does the evidence for what is found overwhelming his ability to capitalize politically?”