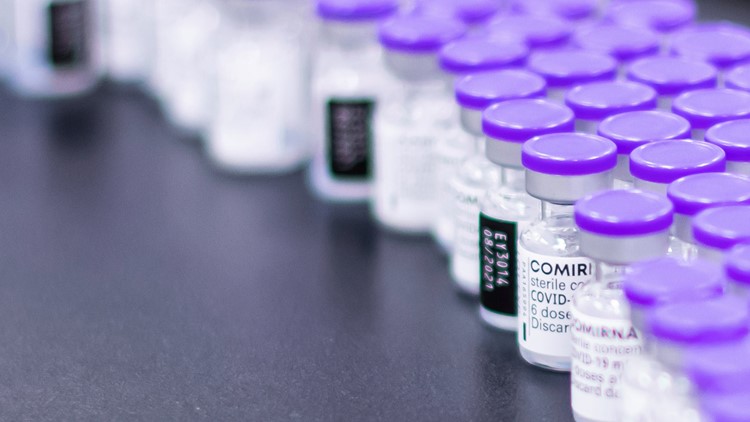 The challenge is deciding whether tweaked boosters stand a good chance of mitigating a further surge when there’s no way to predict which mutant will be the main threat.

Moderna and Pfizer have tested updated shots against the super-contagious Omicron variant, and Food and Drug Administration advisers will debate Tuesday whether it’s time to make a switch — setting the stage for similar moves by other countries.

“This is science at its toughest,” said FDA vaccine chief Dr. Peter Marks told The Associated Press, adding that a final decision is expected within days of the advisory panel’s recommendation.

Current COVID-19 vaccines have saved millions of lives around the world in their first year of use. And the Moderna and Pfizer vaccines still offer strong protection against the worst outcomes – serious illness and death – especially after a booster dose.

But these vaccines target the original strain of coronavirus, and between ebbing immunity and a relentless tide of variants, protection against infection has fallen significantly. The challenge is deciding whether tweaked boosters stand a good chance of mitigating a further surge when there’s no way to predict which mutant will be the main threat.

In an analysis prepared for Tuesday’s meeting, FDA officials acknowledged that the targeting of last winter’s Omicron version is “a bit out of date” as it has already been replaced by its even more contagious relatives.

“Obviously we’d like to get it right,” Marks said, so with one more shot we could “get a full season of protection.”

Many experts say that updated boosters promise at least a little more benefit.

“We’re following rather than advancing, which is so annoying — that we haven’t developed a better variant-safe vaccine,” said Dr. Eric Topol, head of the Scripps Research Translational Institute, who urged a major government push for next-generation vaccines.

Adding to concerns about a winter COVID-19 surge is that about half of Americans eligible for that all-important first booster dose never got it. An updated version might lure some of them.

But “we need to change our expectations,” said Dr. William Moss of the Johns Hopkins Bloomberg School of Public Health, who noted studies early in the pandemic raised unrealistic hopes of blocking even the mildest infections. “Our strategy can’t be booster doses every few months or even every six months to prevent infection.”

The lead candidates are what scientists call “bivalent” vaccines — a combination of the original vaccine plus Omicron protection.

That’s because the original vaccines stimulated the production of at least some virus-fighting antibodies strong enough to cross-react with newer mutants — in addition to their proven benefits against serious diseases, said immunologist E. John Wherry of the University of Pennsylvania.

“Being able to nudge the boost response a little bit one way or the other without losing core is really important,” he said.

Moderna and Pfizer found that their combo shots significantly increased levels of Omicron-fighting antibodies in adults who had already received three shots, more than just giving one more regular dose.

The recipients also developed antibodies that could fight omicron’s newest relatives called BA.4 and BA.5, though not nearly as many. It’s not clear how much protection that means and for how long.

Antibodies are an important first layer of defense that forms after vaccination or a previous infection. They can prevent infection by recognizing the outer layer of the coronavirus – the spike protein – and stopping it from entering your cells.

But antibodies naturally decline, and each new variant comes with a different-looking spike protein, giving it a better chance of evading detection by remaining antibodies. Separate studies published this month in Nature and the New England Journal of Medicine show that the latest Omicron relatives are even better at evading antibodies — in both those who have been vaccinated and those who have recovered from the original Omicron.

These first booster humans were meant to receive boosted immune memory, which explains why protection from hospitalization and death is proving more permanent. As the virus sneaks past antibodies, various defenders called T-cells spring into action and attack infected cells in an attempt to contain the disease.

“T cells recognize the virus in a fundamentally different way,” not chasing camouflaged spike protein, but parts of the virus that haven’t been altered as much before, Penn’s Wherry said.

However, as we age, all parts of the immune system gradually weaken. There is little data on how long T cell protection against COVID-19 lasts or how it varies across different mutations or vaccines.

Wherry and dozens of other scientists recently petitioned the FDA to stop focusing solely on antibodies and start measuring T cells when deciding vaccination strategy.

The Biden administration has made it clear that Congress needs to allocate more money so that when the FDA approves updated boosters, the government can buy enough for every American who wants one. and dr Anthony Fauci, the government’s top infectious disease expert, told Congress last week that more research funding is also critical to developing better next-generation vaccines, such as B. nasal versions, which could better block infections in the nose, or more variant safe shots.

“The virus is changing and we have to keep up with it,” Fauci said.

What will I get from California's $9.5-billion gas tax relief plan?