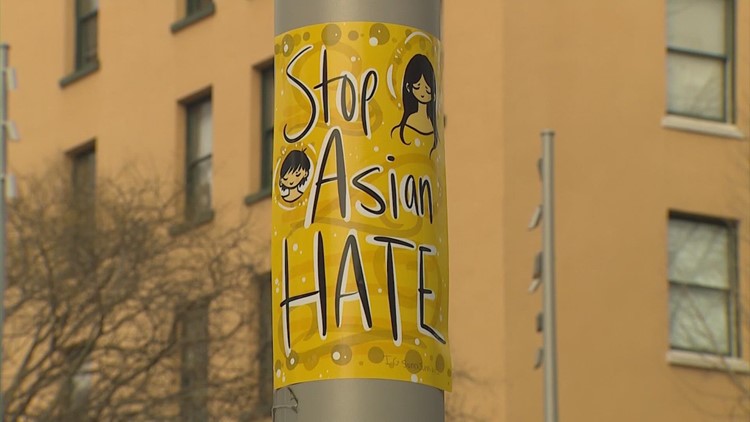 Hate crime victims may be reluctant to report them. Federal funds could be coming to Seattle that could encourage more victims to come forward.

The group walks through the Chinatown International District several times a week to check on people in the community following a rise in racism and crime.

“You say you hit one of us, we all feel it and I really feel the pain and the hurt and the fear, especially over the last couple of years which has been really tough for this community,” Woo said.

Woo said there are many hurdles when it comes to reporting hate crimes, including language barriers and distrust of the police due to past trauma.

“It all starts with the community helping the victims and letting them know it’s okay to talk about it,” Woo said.

That’s what US Attorney Nick Brown is working on by making sure the community knows they want to hear about hate crimes.

“A lot of our outreach is making sure they understand we’re here as a resource,” Brown said.

Brown said people of color, LGBTQ members and religious organizations are being targeted.

“It is also very important for us to do this public relations work. So we hear from them what problems they’re facing, rather than trying to tell them what we think the problems are,” Brown said.

More help for federal prosecutors could be on the way. Seattle could join other districts as part of a national program that will provide federal funding for community outreach. The aim is to raise awareness and encourage people to report hate crimes regardless of the severity.

“Sometimes it’s big, violent hate crimes, and sometimes it’s small, more benign forms of discrimination that we also want to know about so we can address those issues as well,” Brown said.

Brown said that knowing about a crime early on can help prosecutors gather evidence in often complex and lengthy investigations.

“In order to produce this evidence, we need to actually prove the motive in a case. It usually takes longer, so we’re trying to be on the scene quickly and work with law enforcement earlier in the process,” Brown said.

Woo believes these efforts could help people come forward and give a better sense of the number of hate crimes.

“Having a community base that’s culturally competent to be able to reach out to community members here would be really helpful,” Woo said.

https://www.king5.com/article/news/local/seattle/federal-outreach-hate-crime-reporting-initiative/281-1e67d515-9223-4bc5-84df-5dfceac5643a Federal aid could be coming to tackle hate crimes in Seattle