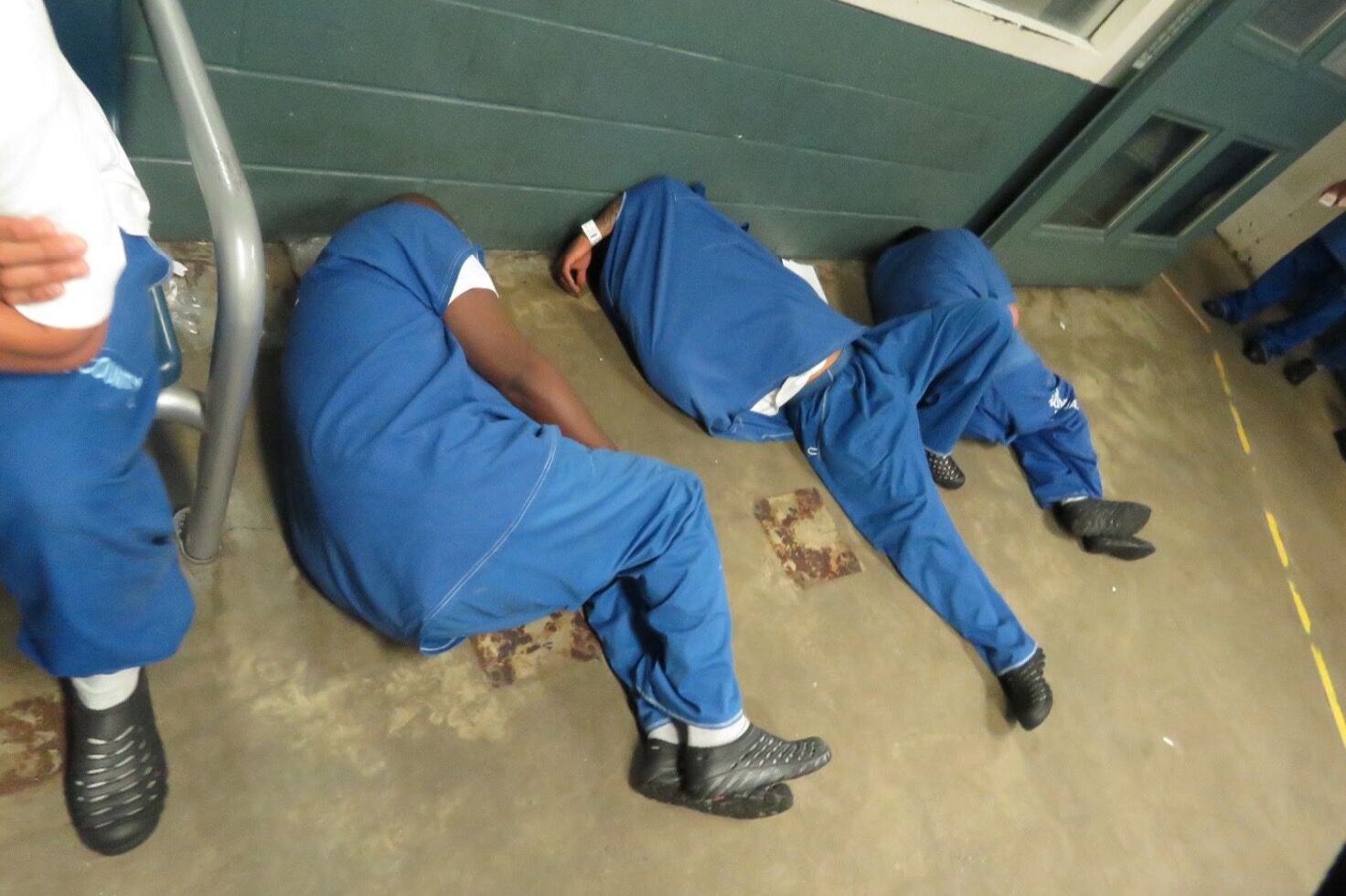 The order, signed by US District Judge Dean Pregerson, bars the LA County Sheriff’s Department from detaining an individual for more than 24 hours in the overcrowded prison system’s inmate reception facility.

Deputies at the center’s clinic are banned from handcuffing, chaining, or shackling a person to a chair “or any other object” for more than four hours and keeping more people in holding cells than state regulations allow “without having previously exhausted all other means.”

According to court documents, individuals cannot be held in a holding cell for more than 12 hours or in a locked cage for more than eight hours.

Friday’s order comes after the American Civil Liberties Union claimed that a growing number of mentally ill inmates have been left chained to chairs or left to sleep on a concrete floor with no bedding for days.

Most were people who had been recently arrested and not convicted, and who were routinely denied clean water, working toilets, showers, adequate food or medication to treat schizophrenia and other serious illnesses, the civil rights group claimed.

Friday’s order prohibits detaining people in the clinic area, cage or cell unless the area is clean and sanitary; no access to functioning toilets, drinking water and clean washing water; and there aren’t enough garbage cans.

It also requires those held in prison to be given “continuous access to appropriate medical and mental health care, including but not limited to regular pill use,” according to court documents.

All areas of the inmate reception center, with the exception of an overflow module at the Twin Towers Correctional Facility in downtown LA, are subject to the order.

The regulation establishes procedures for documentation if one of the requirements is not met.

The ACLU’s request for emergency response revived a 1975 class action lawsuit that resulted in orders that Los Angeles County end dangerous and inhumane practices that violate the rights of inmates.

About 120,000 inmates pass through the processing hub of the prison system each year, according to the sheriff’s department. The proportion of mentally ill inmates has risen sharply in recent years. According to the ACLU, two men have died at the reception center since April.

“This barbaric practice violates every basic norm of human decency and the constitution,” attorneys for the ACLU wrote in a previous court filing.

MPX? Mpox? The struggle to replace ‘monkeypox’ with a name that isn’t racist