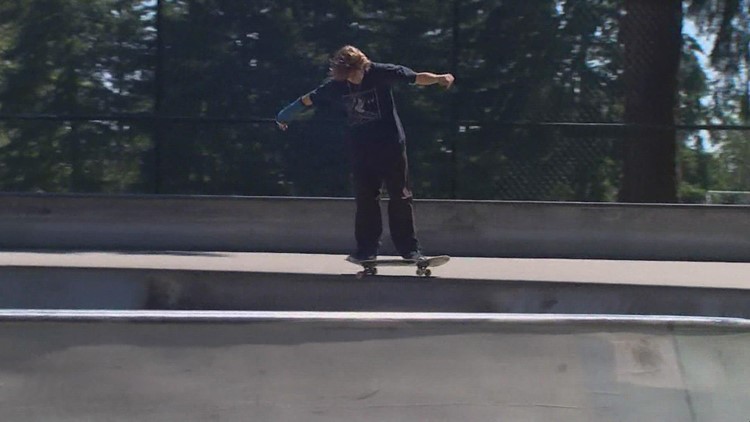 Skateboarders say the proposed location for a new city facility on Federal Way threatens a place they love.

The city considered a few different locations for the facility, with Steel Lake Skate Park being the top choice at the time. That motivated people to express themselves in the town hall.

For the past two decades, David Waite has worked at 35th Avenue Skateboards, which is not far from Federal Way’s only skate park.

“Losing a place like that. It’s really just a kind of tragedy,” Waite said.

Waite adds that it’s much more than a skate park for the spot’s regulars.

“For them, it’s like this whole space is sacred. Like they can’t take that away. So they were definitely pretty passionate about it,” he said.

That passion was evident when Waite took to social media to share the potential plans for the park.

“It seemed like the community had gone really crazy,” Waite said.

What followed was a long line of speakers at a city council meeting last month.

“I came here on behalf of the local skate community,” said one speaker.

Another speaker told city council members that the park is “important to my exercise and mental health.”

“I’ve been on the council for ten years and as mayor for eight and a half years. I think this is one of the best public comments I’ve heard,” said Mayor Jim Ferrell.

Vargo wants the city to find a completely different location.

“I hope they listened to the citizens for once. I hope they follow their growth management plan and get creative,” Vargo said.

“I hope the city sees it as an opportunity to create something in the Central Sounds, like we could have this creative, artistic type of space here,” Waite said.

Philadelphia Homeless Outreach helping those in need for 17 years