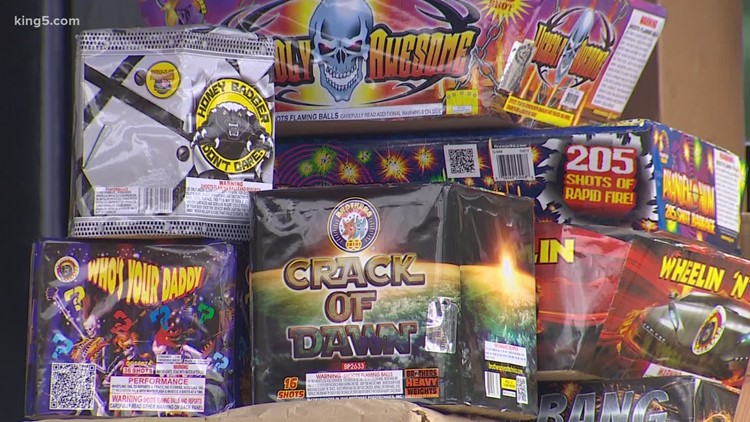 The teenager was on the Saghalie Middle School basketball court when the incident happened Monday afternoon.

FEDERAL WAY, Wash. — A teenager lost his hand while reportedly playing with fireworks Monday afternoon. according to South King Fire.

The 14-year-old boy was near the basketball court behind Saghalie Middle School when the incident happened.

Crews responded to the call around 4:30 p.m. The teenager not only lost his left hand but also suffered multiple injuries to his right hand.

An 11-year-old was also injured.

Both were transported to Harborview Medical Center in Seattle with non-life-threatening injuries.

“Obviously today was heartbreaking – a 14-year-old boy,” said Sound King Fire and Rescue Captain Brad Chaney. “I mean, his life changed forever because of a bad decision to play with fireworks. And now the trajectory of his future is completely changed.”

The King County Sheriff’s Fire Investigator will be investigating the incident.

What happened follows an awareness campaign about commercial fireworks, which are now banned in unincorporated areas of King County. The county joins many cities that have already enacted similar bans. The ban was signed into law by King County Council last year, but the state needs a year’s notice before the ban can go into effect.

As the Fourth of July approaches, South King Fire had this reminder for the community: “Please leave the fireworks to the professionals and attend a public show instead.”

“We added a lot of staff those days and cost the taxpayer a lot of money,” Chaney said. “There was loss of life and then of course property damage. This is something we should not continue to do.”

Plaschke: The Lakers acquiring Kyrie Irving would be super dumb