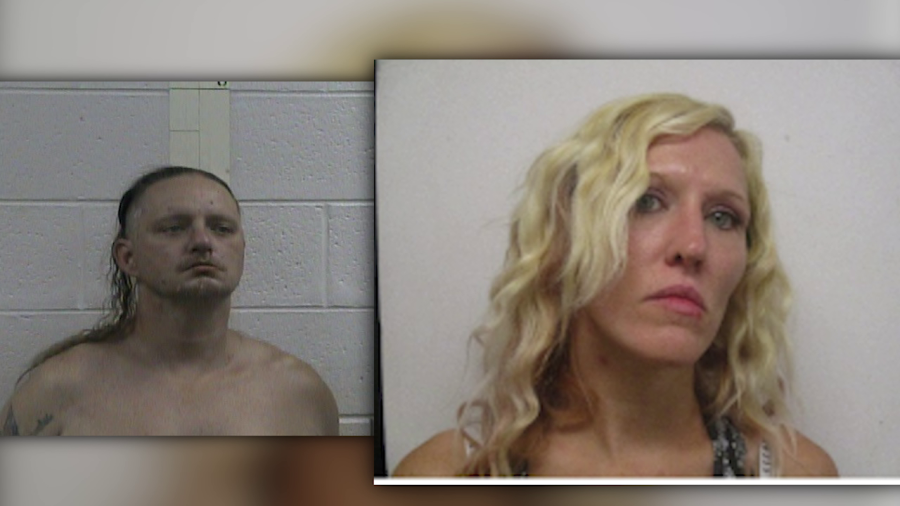 LOBELVILLE, Tenn. (WKRN) – A criminal trying to pay rent with an AR-15-style rifle knocked him out behind bars. Daniel and Mollie Baker were arrested in Perry County, when the pair were in a tie following a 2016 murder in Cheatham County.

“Once we started investigating, that’s when we knew who we were dealing with,” explained Perry County Sheriff Nick Weeks.

Daniel and Mollie Baker face murder charges in the shooting that killed Gregory Sanders outside an Ashland City home.

“Both of them have ankle bracelets and they’ve been wearing them for five years,” Weems said.


The investigation prompted deputies to monitor a Lobelville Thrift Store that the Bakers were running.

Daniel, 43, has a long criminal history that includes assaulting an officer, burglary and burglary. His 40-year-old wife, Mollie, has charges since 2014 in Cheatham County.


The 2016 murder victim, Gregory Sanders, was a family member of the Midtown hitman currently charged with Michael Mosley.

Mosley was named an aggressor during a 2019 fight at the Cheatham County Jail that targeted Daniel and led to a riot. Mosley also allegedly assaulted Mollie at a Walmart in 2018.

Cheatham County officials pointed to the pandemic as a major factor in the delay in the murder trial. Investigators say the pair will likely be transferred back to Cheatham County Jail and have their bonds revoked.

The cycle of recidivism is frustrating for law enforcement.

Mollie is still being held in Perry County, but the sheriff says Daniel has been placed in a mental institution.

https://www.wkrn.com/news/local-news/felons-out-on-bond-for-2016-murder-busted-selling-guns-in-perry-county/ Felons out on bond for 2016 murder, busted selling guns in Perry County