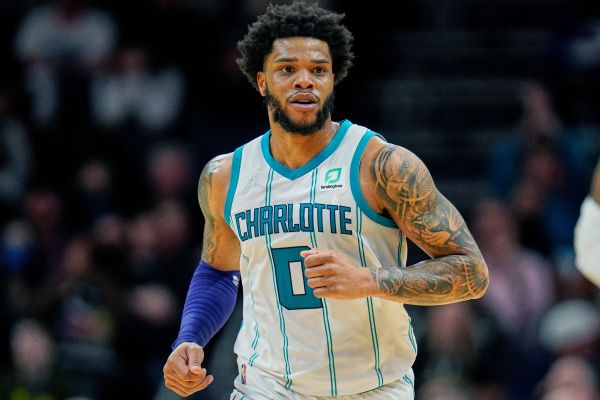 District Attorney George Gascon said his office had filed one charge of harming a child’s parent and two charges of child molestation under circumstances or conditions likely to result in serious bodily harm or death. According to the prosecutor’s press release, the case “involves an allegation of causing grievous bodily harm to the victim of domestic violence.” The prosecutor’s release noted that the children were present at the alleged attack, but otherwise did not specify what caused the child abuse incidents.

Bridges is scheduled to be arraigned in Los Angeles County Superior Court on Wednesday.

“Domestic violence causes physical, mental and emotional trauma that has a lasting impact on survivors,” Gascon said. “Children who witness domestic violence are particularly vulnerable and the impact on them is immeasurable.”

Bridges was arrested by Los Angeles police on June 29 and later released on $130,000 bail.

The Hornets and the NBA both said they were aware of the charges brought against Bridges, with the league noting that it is investigating the allegations.

“These are very serious allegations that we will continue to monitor,” the Hornets said. “As this is a legal matter, we will not be making any further comments at this time.”

Bridges’ agent, Rich Paul, could not be immediately reached by The Associated Press for comment Tuesday night.

She didn’t mention Bridges by name but wrote on Instagram: “I hate that it has come to this but I can’t stay silent anymore. I have allowed someone to destroy my home, abuse me in any way they can, and traumatize our children. I have nothing to prove to the world, but I will not let someone who could do something so horrible go unrepented and paints a picture of something I’m not. I will not allow the people around him to keep quieting me and keep lying to protect that person.”

The LAPD said at the time of Bridges’ arrest that it does not release police reports of domestic violence arrests. The case remains under investigation by the LAPD West Los Angeles branch.

The 6-foot-7, 225-pound Bridges was the Hornets’ leading scorer last season, his fourth in the NBA. The Hornets had made a qualifying bid to Bridges prior to his arrest, giving them the opportunity to match any other team’s bid sheet.

Can the GOAT get her gold back? Amanda Nunes refocused for rematch at UFC 277