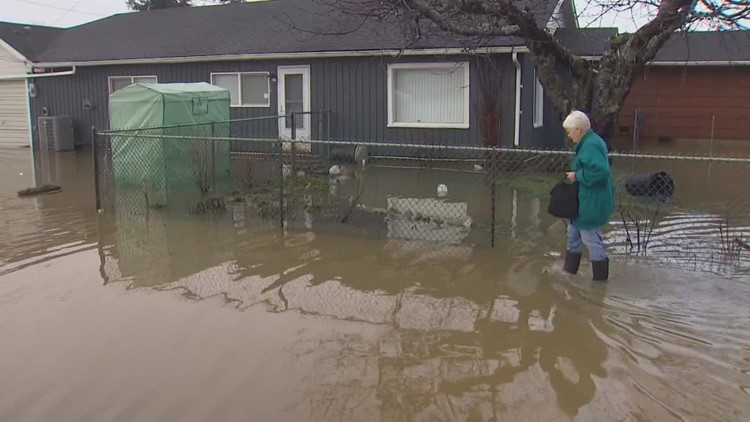 A storm in 2015 flooded homes and closed Highway 101. Federal funding will help Hoquiam and Aberdeen fare better in future storms.

GRAYS HARBOR, Wash. — Having lived in Hoquiam for more than 50 years, Marion Gillham has survived her share of winter storms.

“It was the worst thing I’ve ever seen,” Gilham said.

She had to replace her floors and a coffee table after more than a foot of water flooded her home.

Homes along the road were swept off their foundations in a landslide, and Highway 101 was closed due to water on the roadway.

“That was the real catalyst for us as two cities coming together to build a flood levee,” said Brian Shay, Hoquiam City Manager.

According to FEMA, a total of five Washington projects have been selected as part of the $1.16 billion federal investment in climate and disaster resilience.

“As we speak, we see the impact of climate change as fires rage across the country and unprecedented floods have claimed dozens of lives,” Nunn said.

Shay called the announcement a “game changer” for Grays Harbor.

He said it could help attract businesses to the county.

Thousands of mortgage holders who own homes in the area no longer need flood insurance, Shay said.

He also said storms like the one in January 2015 would not do as much damage once the levees are completed by 2026.

The other recipients of FEMA funds announced Friday are the cities of Shoreline and Auburn, the Seattle Police Department and King County Water District 90.