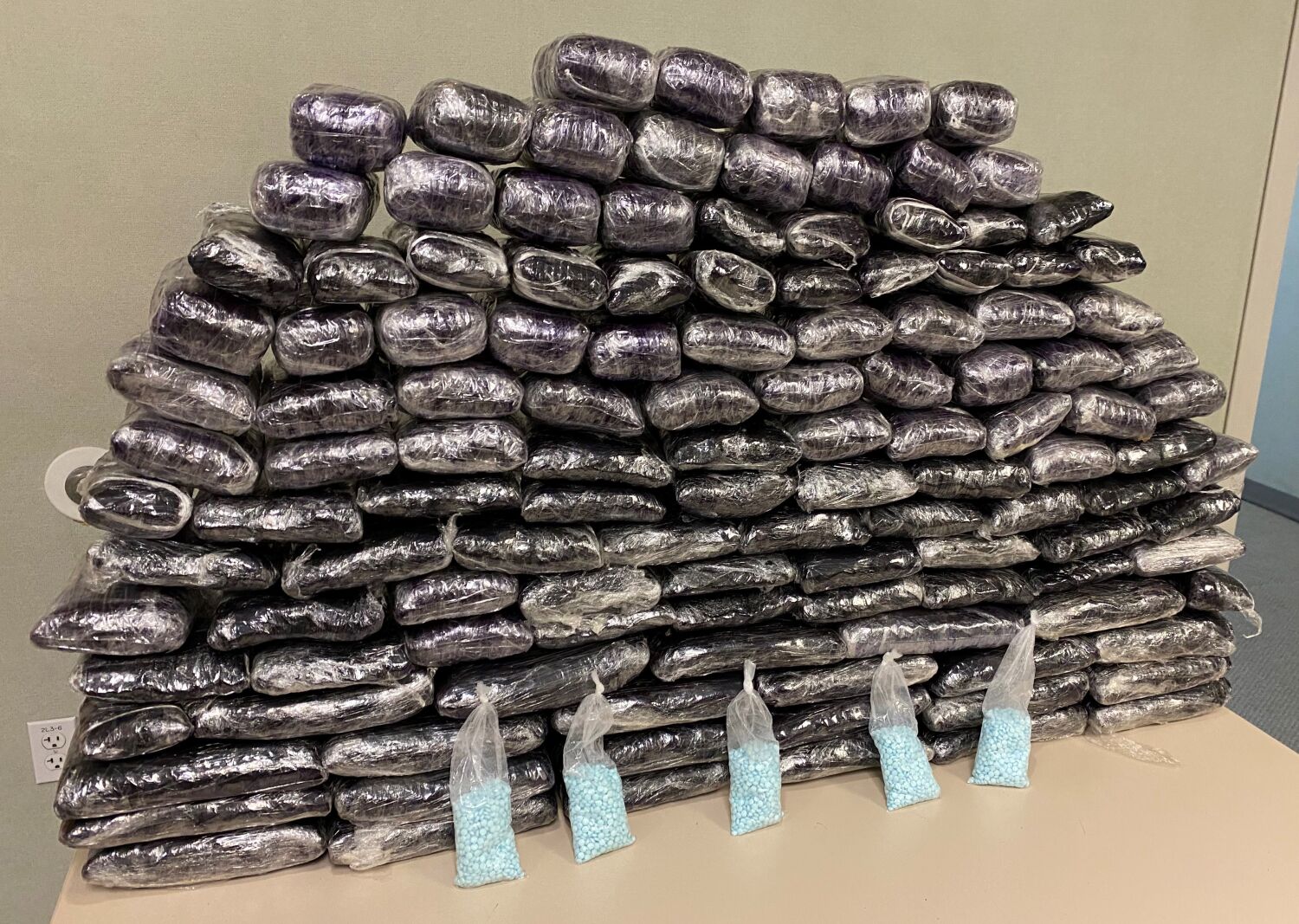 Seizures of fentanyl-laced pills have more than quadrupled year-to-date this year in four Southern California counties, an increase authorities said on Tuesday underscoring their efforts to keep pace with the drug’s continued flow into the region keep.

At a Los Angeles Police Commission meeting, LA Police Department officials said as of September, more than 904,000 pills containing the powerful synthetic opioid, which is more than 50 times more potent than heroin, had been seized by regional responders. The number marked a sharp jump from the roughly 189,000 pills recovered by task forces during the same period last year.

The seizures in Los Angeles, Riverside, Orange and San Bernardino counties were made during multiple operations by regional drug trafficking task forces, overseen by federal agencies, targeting drug trafficking networks in Southern California. The program also runs task forces in other parts of the country.

Authorities have had to adjust tactics as Mexican cartels have shifted their smuggling efforts from cocaine to fentanyl, which offers significantly higher profit margins, LAPD Capt. Lillian Carranza told commissioners. A pill costs between 80 cents and $1.50 to make and sells on the streets of Los Angeles for $15 to $30 apiece, officials said.

Largely thanks to its proximity to the southern border, airports and docks, the Los Angeles area has long been a major distribution hub for shipping illicit narcotics across the country, officials say. The pills are largely made in labs in Mexico from chemicals shipped mostly from China, authorities say.

Figures for 2022 presented Tuesday did not include transports made in several recent drug stings, including one last month that netted more than 1 million fentanyl pills.

Such efforts have “saved many lives,” Carranza, who oversees the gangs and drugs division, said in a follow-up interview.

“I think we’re making a dent, we’re succeeding, especially at the level that we’re operating at, disrupting the distribution of these drugs by the Mexican cartels,” Carranza said. “I don’t think a seizure of, say, a million fentanyl pills … is something that isn’t worth the hassle.”

“It’s not suicide, it’s not street violence — it’s a decision to risk a pill,” he said.

Fentanyl-related deaths in particular have continued to increase across Los Angeles County.

A Los Angeles County Coroner’s Office report concluded that “the rapid increase in drug-related deaths was primarily caused by fentanyl,” which resulted in 91 deaths in 2016. By 2020, that number had increased to 1,135.

Some experts warn that the recent high-profile seizures, while important, represent a drop in the ocean in the overall drug trade.

Chelsea Shover, an assistant professor at UCLA’s David Geffen School of Medicine, said the problem must be viewed from a public health perspective and that increased law enforcement action “cannot be the only main strategy” for a crisis preceding the pandemic .

“Fentanyl pills are very cheap to make,” she said. “You can do a ton of it, so a big bust or a big fit, while arguably important, represents a fraction of what’s out there.”

As fentanyl-related overdoses continue to rise, Shover said more education about the deadly drug was needed to counter “fear-mongering,” such as false warnings on social media in the run-up to Halloween that drug dealers had planned to give children rainbow-colored fentanyl -Pills as sweets.

Shover said more also needs to be done to remove treatment barriers, including access to drugs like methadone and buprenorphine, which are used to treat opioid addiction.

“People need to know, without fear, that pills you buy on the street quite likely contain fentanyl or are likely to be fentanyl,” Stover said.

Candace Owens GOT ANOTHER ONE ... Popular 2000s Female Rapper M.I.A. Comes Out As ALT-RIGHT!!

‘The Young And The Restless’ Spoilers: Nate Hastings (Sean Dominic) And Devon Hamilton (Bryton James) About To Throwdown Again!? – Devon Has Had Enough!