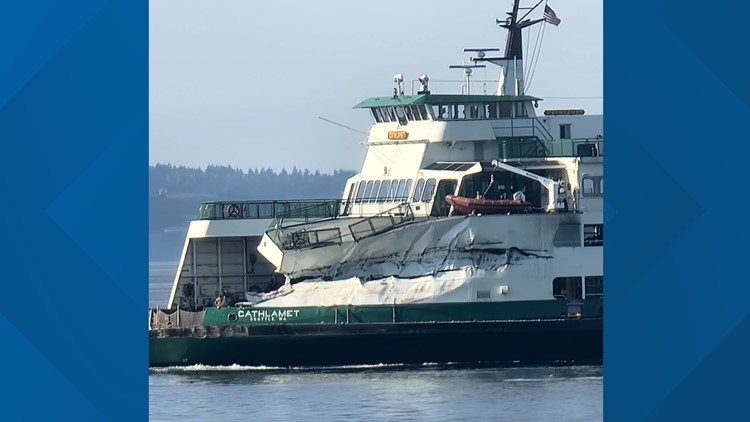 The ferry collided with an offshore dolphin, a terminal structure that helps guide a boat, at Fauntleroy dock.

WSF tweeted first about the collision just after 8:30 a.m. and said no injuries had been reported.

#Happens now: #Kathlamet hard landing at #Fauntleroy causing significant damage to the ship and an offshore dolphin at the terminal. There are currently no injuries to report. The Fauntleroy service will be suspended until further notice while the assessment is conducted.

The Fauntleroy service has been suspended while the WSF assesses the damage.

WSF said in its voyage bulletin that the number one vessel is still operating between Vashon and Southworth terminals, but customers could “experience some delays”. Alternate routes are also offered in Point Defiance/Tahlequah and Seattle/Bremerton.