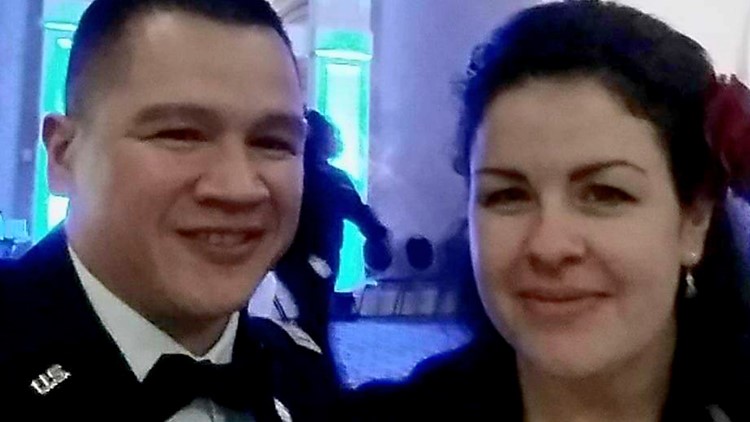 Almost all of Jeremy Yama’s personal belongings were stolen during her move from Washington state to the country’s capital.

FIFE, Wash. – “Almost everything we own, everything we’ve acquired in over 40 years of our lives is gone,” said Jeremy Yama of his new home in Virginia.

During Yama and his wife’s move from Washington state in July, two U-Haul trucks full of personal belongings, furniture, family heirlooms and 18 personal firearms with two sets of body armor were stolen.

At first, Yama and his wife said they felt uncomfortable when told the items would be loaded and then unloaded into a larger trailer.

“My wife was quite uncomfortable from the start because they showed up with two U-Hauls, which we had never seen before. She immediately posted on Facebook that she thought we were being robbed,” Yama said.

Yama said he was reassured that nothing was out of the ordinary. Her house had limited access for a large moving truck. He said he was told this was the best way to move their items.

The very next day, a Fife police officer called Yama and said the driver had reported the two trucks stolen.

“I felt empty for a moment, but that quickly turned to anger, I think of course,” Yama said.

Everything they had was gone.

“All of our stuff, our furniture, our clothes, baby pictures, stuff of our kid who’s grown up now. Everything I acquired from the military over 21 years of service and even some memorabilia we kept from our son who died at birth,” Yama said.

Yama said that if he could get back one stolen item, it would be his deceased son’s footprints.

“I don’t think there’s any real expectation at this point that a whole lot of stuff will be recovered. But if there was one thing, I would definitely say that.”

They recovered some items after the first truck was found via social media. Yama and his wife also conducted their own investigative work.

“Most of the content was stolen or destroyed. And also the second truck was found by Puyallup police, we went down in the middle of the night, secured that truck and recovered everything we could,” Yama said.

Now that they’ve moved to Virginia, they’re hoping for graduation soon. Yama says one of his firearms was found in a stolen car.

“Given the scale of theft throughout our home, and also given the 18 firearms and body armor that are privately owned, 18 firearms is not insignificant, but it feels like it’s being treated like any other property crime. We would also like to help raise awareness of how rampant crime is becoming in the area and around these camps. We were aware of it, but until we were directly affected by it and we saw it in person, we didn’t really understand the severity of it,” Yama said.

Fife Police tell KING 5 they are actively investigating. They gave no suspicious description. Yama hopes someone can help bring her items home.