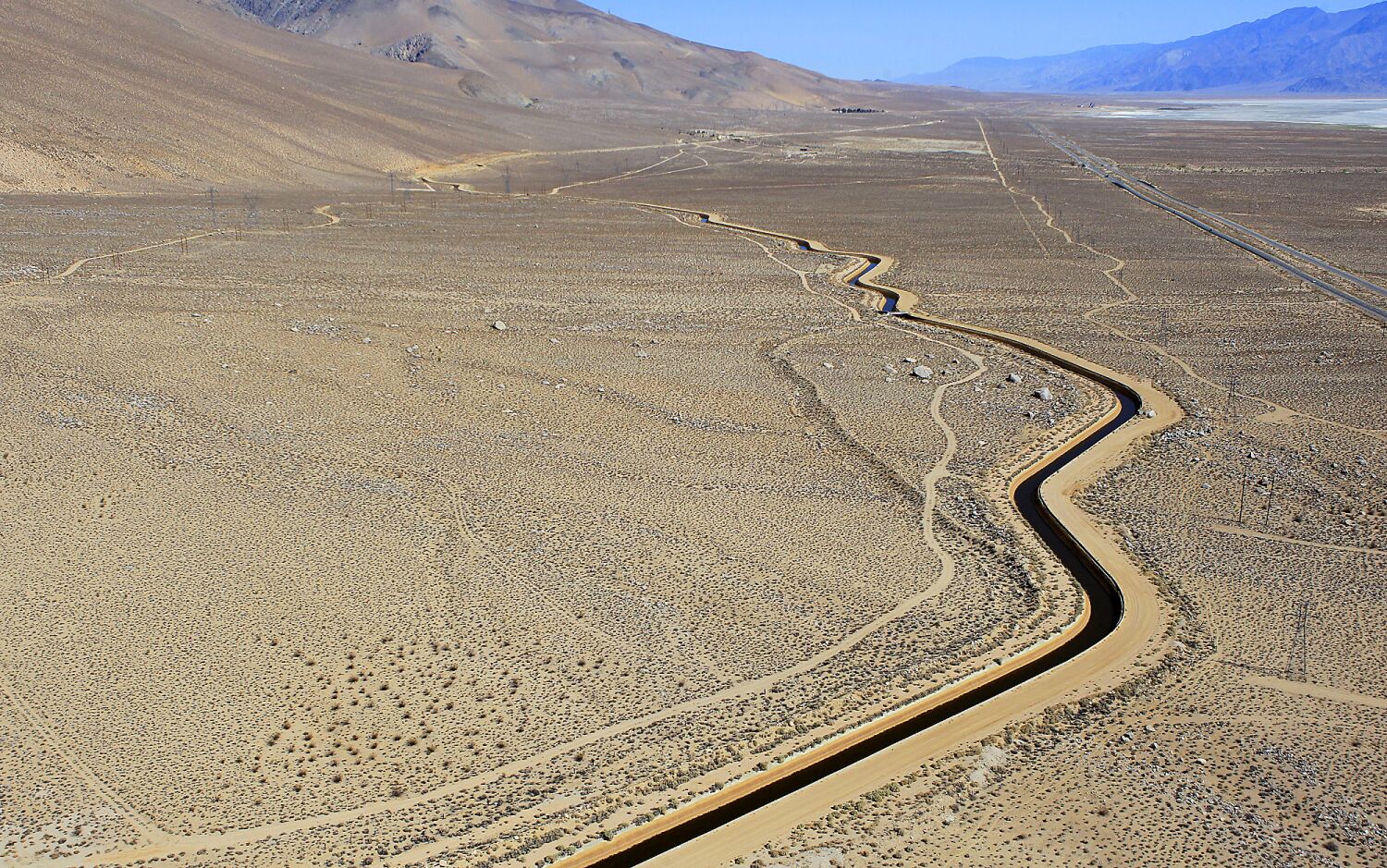 Most California municipal water departments believe they have enough supplies to last another seven months of drought, but nearly 20% of them — including many in Southern California — say they could face significant shortages, according to a new state report.

As part of the California Department of Water Resources’ first annual water supply and needs assessment, the state’s municipal water authorities were surveyed to see how they are managing scarce supplies through conservation efforts and improved drought planning. The report, which includes annual data through July 1, focuses on water agencies serving at least 3,000 connections, which is about 90% of the population.

Of 414 reporting sites, 82% said they do not anticipate shortages as long as current conservation efforts continue, including voluntary water use reductions and local Level 2 water scarcity responses. Officials said the results show that water conservation efforts make a difference in many cases make.

However, the report also shows that many suppliers could soon face challenges.

73 agencies, or about 18% of respondents, identified a potential deficiency that they believe additional conservation efforts could address, including the Los Angeles Department of Water and Power, the Metropolitan Water District of Southern California, and the Las Virgenes Municipal Water District.

“Look at how many agencies are forecasting deficits — significant deficits — for the next year,” said Dan Drugan, a spokesman for Ventura County’s water utility, Callegua’s Municipal Water District, which reported a potential shortage of about 40%.

Drugan pointed out that the Colorado River area has limited federal funding and has been hit hard by the state’s allocation cuts this year. He said the agency plans to address potential bottlenecks by taking aggressive action at its retailers, including moving to a Level 4 response as early as December and potentially introducing a full ban on outdoor irrigation next year.

The nearby Las Virgenes municipal water district, which serves Calabasas, Hidden Hills and the surrounding areas, is forecasting a 63% shortage, according to the report. Agency spokesman Mike McNutt said he “wouldn’t be surprised” if that number had worsened in recent months.

“We haven’t improved our water situation,” McNutt said. “It’s not due to a lack of trying, but we didn’t get any extra supplies coming in and … there wasn’t any rainfall that helped us.”

Las Virgenes wants to buy more supplies from other agencies, he said, and is similarly considering a total outdoor irrigation ban and a Level 4 response.

Other agencies fare slightly better. In Los Angeles, the DWP reported a potential shortage of 30%, but the city’s robust response to outdoor irrigation limits and other drought rules have kept water needs on target, according to Water Resources Policy Manager Terrence McCarthy. The agency initiated a Level 3 response on June 1 and reported record low consumption over the summer, so McCarthy did not anticipate additional conservation restrictions given the current conditions.

“If we continue like this, we will be able to meet the demand with the available supplies,” he said. However, he noted that it is “everyone” who has to offer the forecast for the development of snow, rain and water supply in winter.

“We definitely need to keep our foot on the gas, not only because we could be facing another dry winter, but also because it’s about making conservation a way of life,” McCarthy said.

DWP, along with Calleguas, Las Virgenes and about two dozen other agencies, buys water from the region’s big wholesaler, the Metropolitan Water District in Southern California, which itself reported a potential shortage of 43%. MWD officials couldn’t immediately say if that number had improved in recent months, but noted that their emergency conservation order — which imposes outdoor watering restrictions on about 6 million Southern Californians who depend on state supplies — is unlikely to be lifted , until California sees significant rainfall and the state increases allotments.

MWD spokeswoman Rebecca Kimitch added that deteriorating conditions on the Colorado River mean the rest of Southern California could also see calls for increased conservation in the coming months.

“Given the deteriorating conditions on the river, Metropolitan does not anticipate having a full Colorado River Aqueduct in 2023 or beyond,” Kimitch said. “So our entire service area needs to take action to protect our limited supplies on the Colorado River. The initial call for conservation will likely be voluntary, but if water supply prospects do not improve, Metropolitan may implement a water supply allocation plan for its entire service area, mandating mandatory conservation across the region.”

Notably, the majority of agencies that have reported potential bottlenecks are located in two of the state’s most populous hydrological regions, the San Francisco Bay Area and the South Coast Region, which includes Los Angeles, Orange County and San Diego, the report shows .

However, the focus on water utilities with at least 3,000 connections means that many small and often rural communities have not been included – many of which rely heavily on groundwater and are among the most affected by drought. Nearly 1,400 dry wells were reported in the state this year.

State officials said they continue to work with small suppliers through direct relief grants and technical assistance programs, including millions of dollars in funding from the DWR’s Small Community Drought Relief Program. According to Steve Doe, the program’s manager, such funds often go towards immediate and temporary measures such as water transportation, makeshift water tanks, bottled water and emergency connections between communities.

Despite such steps in the right direction, the report underscores that nearly a fifth of state agencies could face shortages if drought conditions persist. Forecasts are already assuming another dry winter and a possible fourth year of drought.

Peter Gleick, co-founder and president emeritus of the Pacific Institute, said the report’s findings depended heavily on whether that prediction materialized.

“They make some assumptions about how much water they get on top of what each agency could store, so things could be worse than just 20% saying they need to do more and three of them saying, ‘ We’re really in trouble,'” he said. “But it just depends on how bad the drought is.”

And while the report focuses primarily on city dwellers, Gleick noted that agricultural water users, who receive separate allocations, also face uncertainties when it comes to next year’s supply. A recent state report showed that California’s irrigated farmland shrank by almost 10% in 2022.

The latest findings “highlight that water efficiency and conservation has already played a crucial role in helping water authorities deal with the current drought, but also that increased environmental protection efforts will be required for 20% of city water authorities if the current drought stops.” Gleick said. He added that research from the Pacific Institute has shown that additional improvements in water use efficiency are possible for any city water agency.

The message, he said, is that “conservation has really gotten us through the drought to date and it’s too soon to stop conservation.”

The 2022 report is the first of an annual assessment, state officials said. City water authorities are also required to update their water scarcity contingency plans every five years.

Follow live: Denmark, Australia square off with spot in round of 16 on the line