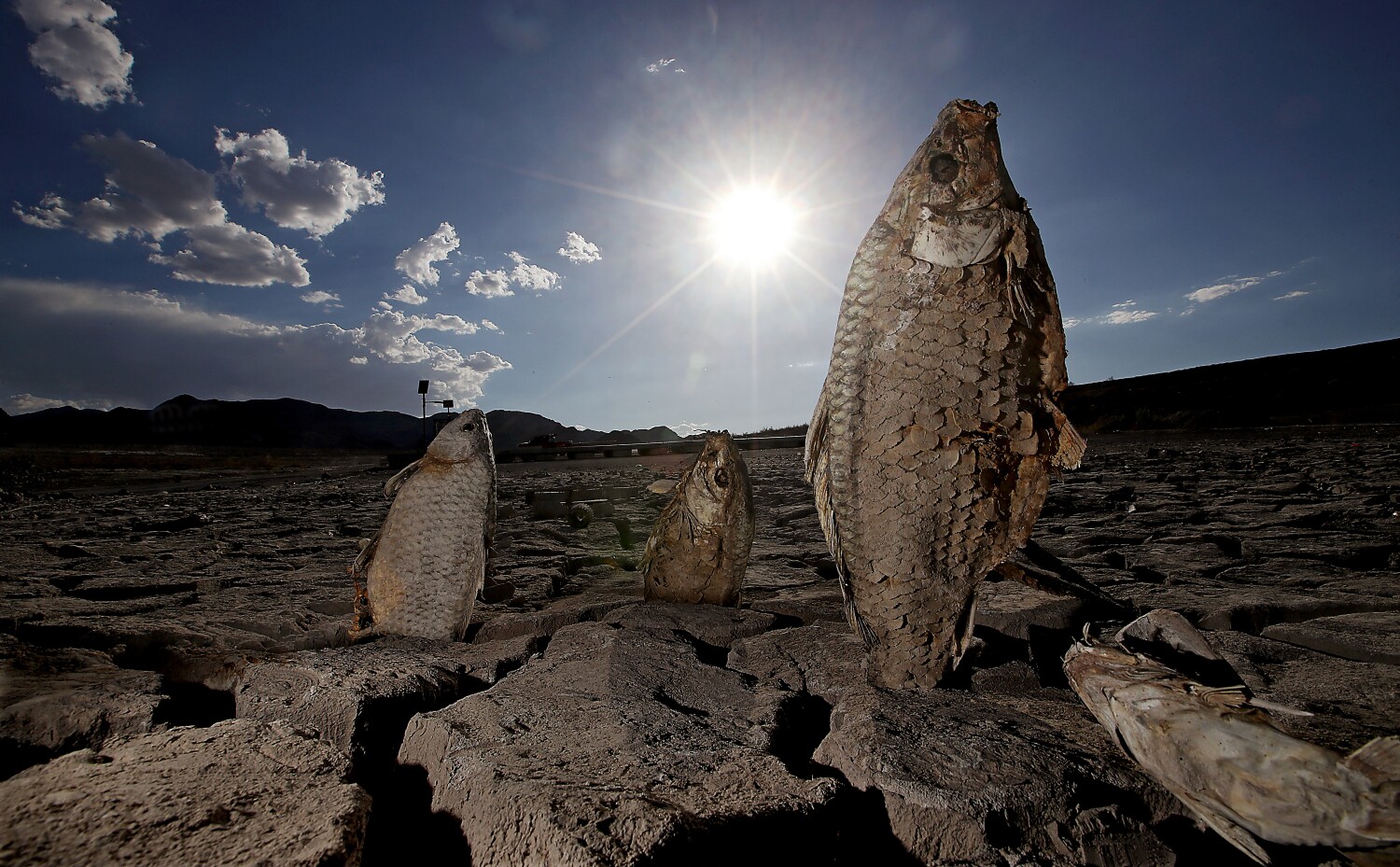 Human remains have been discovered at Lake Mead for the fifth time since May as water levels at the country’s largest man-made reservoir dropped to an all-time low.

Details are scant, but National Park Service rangers reported the skeletal remains were found on the lake’s swimming beach around 8 p.m. Monday. The area was cordoned off, and the Las Vegas Metropolitan Police Department’s dive team responded to help secure the remains.

On May 1, boaters docking at Hemenway Harbor at the southern end of the lake found a corroded barrel sticking out of the mud at the bottom of the lake. The skeletal remains in the barrel were determined to be from a person who was shot and dumped in the lake sometime in the late 1970s or early 1980s based on the clothing and shoes, Las Vegas police said.

Less than a week after discovering the barrel, sisters Lynette and Lindsey Melvin found more remains in a sandbar while paddling near Callville Bay on the west end of Lake Mead.

Remains were found on July 25 and again on August 6 at Swim Beach, the area where this week’s discovery was made. It was not clear if the three remains found at Swim Beach came from different bodies.

Ray Spencer, Lt. Ray Spencer of the Las Vegas Metropolitan Police said he was not surprised that bodies would be discovered as Lake Mead receded and expected more to be found when the first skeletal remains were found in May.

Water levels at Lake Mead have dropped to a low not seen since the 1930s. A bathtub-like ring surrounds the water, showing where the lake once was.

Although the reservoir has risen slightly this month thanks to monsoon rains and flash floods, it hasn’t been anywhere near enough to make up for the drought. On Wednesday, the water level was 1,042 feet, compared to 1,067 feet at this time last year and 1,084 feet in 2020, according to the US Bureau of Reclamation.

NASA satellite imagery shows a dramatic change over the past 20 years at the body of water, which has fallen to just over a quarter of its capacity.

Five synthetic fields used by L.A. schools are out of commission