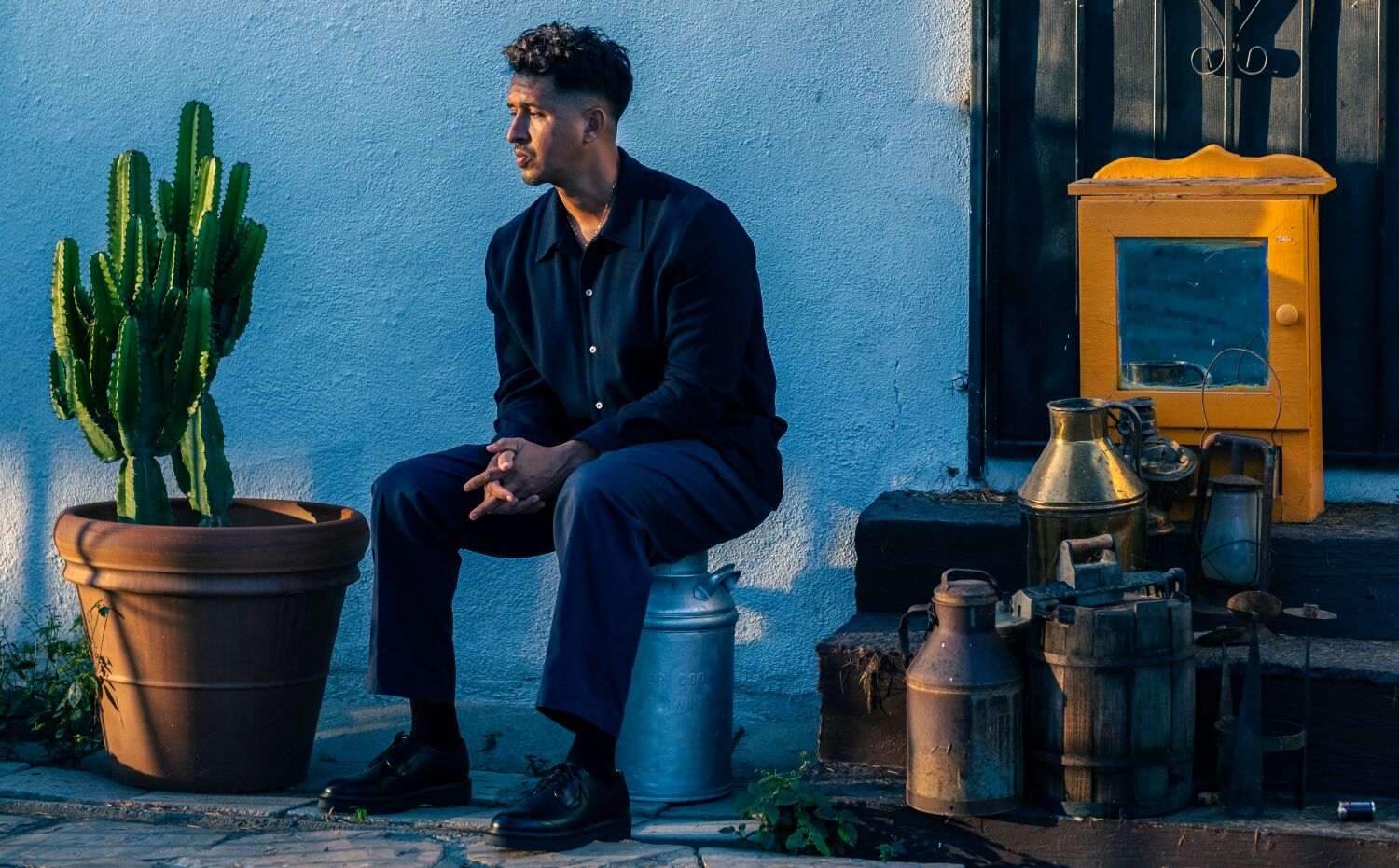 Walter Thompson-Hernández — whose fictional short If I Go Will They Miss Me, set in the Imperial Courts housing development in Watts, won a Sundance Award earlier this year — knows he needs to update his personal website. The staid SEO copy the writer-director created a few years ago still describes him as a “multimedia journalist exploring the world and asking what it means to belong”. It’s an artifact of his days covering culture for the New York Times, a job that took him to Rio de Janeiro, Japan, the Dominican Republic, and Oaxaca, Mexico.

“I think, wow, that was the lane I was on and now it’s almost a whole different lane,” the 37-year-old El Sereno-based writer-director said in a recent interview with The Times, previously reported became his 2020 book about the Compton Cowboys. The old track of Thompson-Hernández was heavily focused on identities: his own and many others. In a 2015 essay for BuzzFeed, he wrote, “I first learned that I’m a Blaxican from a DJ on Power 106 FM, a hip-hop station in Los Angeles. … It forever changed the way I, the son of an African American man from Oakland and a first-generation American man from Jalisco, Mexico, identified myself.”

Though he’s still figuring out his place in the world, Thompson-Hernández has evolved. His journey from journalist to artist has given him the tools of realism that he uses to write stories about the soul, often with LA as a backdrop. With five visual projects and a book currently in development, Thompson-Hernández is both here and seemingly everywhere, redefining the boundaries of narrative storytelling. This interview has been edited for brevity and clarity.

You did magazine journalism; You wrote and directed a “visual poem” about the mass shooting in Uvalde, Texas; You directed the short film cinema; You have an ad for Dr. Dre made for the Super Bowl. How do you feel about Medium?

One of my biggest fears in life is being constrained in a way that doesn’t allow me to grow and develop as a person and as a storyteller. It kind of starts with journalism, and then I go to grad school, and then I do multimedia stuff at the New York Times. I write, direct, photograph and post, and then that evolves into book writing and then podcasting and now filmmaking. I see it more as an evolution. Filmmaking is the most exciting medium because it embodies all these different practices.

You grew up first in Huntington Park in southeast LA County, and after the 1992 LA riots your mother moved you to the Westside when you were 7 years old. How has that affected how you see LA?

Growing up in Huntington Park, I was surrounded by almost nothing but Mexicans, Mexican Americans. I felt very protected and safe in a house full of cousins, aunts and uncles. But the Westside was incredibly lonely. My mom was a graduate student at UCLA at the time, so we were just moving into an incredibly new, diverse world that we had no experience in. For many people, LA can be intimidating. It’s a very sprawling, sprawling city. But I started thinking about LA as a bigger kind of canvas, and I’ve been really fortunate to be able to live in different parts of the city.

How did you come up with the idea for your new film If I Go Will They Miss Me?

The movie kinda starts when I’m 5 or 6 [years old], and when I look up at the planes above our house and dream of where those planes are coming from, where people are going, the bigger meaning. That’s when it really crystallizes when the delta jet fuel dump happens [20 schoolchildren in Cudahy were drenched by jet fuel from a plane leaving LAX]. I had already thought about transitioning into filmmaking and I thought this would be a really interesting time to make that transition. The film is a collection of personal anecdotes rooted in a narrative story about a father who wants to support his son.

How much of this is fiction compared to what you glean from reality or your own experiences?

It’s both. The genre I really enjoy working with is docu-narrative, which creates narrative worlds based on real people’s experiences. I love dealing with first-time actors. There’s something so raw, interesting and authentic about the way they play fictionalized versions of their lives. That comes from my experience as a journalist. My best direction on all types of sets today is when I’m directing the least.

Who are your major cinematic or visual influences?

I’ve always loved the work of Charles Burnett. “Killer of Sheep” as he creates a world in and around Watts using first-time actors and creating a very loose narrative. The way Terrence Malick captures the inwardness through voice-over and the way he captures a greater philosophical meaning, it’s almost like we don’t even see the film, we assume a very beautiful one philosophical class. I also love [Abbas] Kiarostami, the Iranian director; [Akira] Kurosawa — I just love how he captures nature.

Malick’s work evokes transcendence. Are there religious influences on your work?

I’ve lost a lot of people over the past two and a half years, almost 18 people, mostly to COVID – aunts, uncles, cousins, friends. I really had to think about the role of spirituality and God in everything we do. Much of this comes through in my work. There are many references to God, protection and community in “If I Go Will They Miss Me”. The father in this film asks God to take care of his child. Just as I think Terrence Malick might be looking for transcendence in his films, I’m really looking for spirit and community in my work.

Do you see your work as a way to offer some comfort or appreciation to people going through these experiences?

I would be lying to you if I told you that I’m thinking about the next person because I think the art I’m trying to make is hyper-specific art. We fail as artists when we try to reach everyone, because then we don’t actually reach anyone.

I think of the old Diane Arbus quote: “The more specific you are, the more general it becomes.”

Total. And it’s interesting because we’re not brought up that way. Especially people who work in storytelling, it’s almost like we’ve basically been lied to. We’ve been told that the art we make, the things we create should be for everyone, right? Now we find that the more hyper-specific we get with our art, the more general and popular it becomes. I find that in a lot of things I’ve done over the years, like the Compton Cowboys story.

what do you do for fun

I go to the beach just south of Dockweiler and I just go there by myself and listen to Elvis Mitchell or Terry Gross for an hour. I’m getting older too, so nothing beats an evening stroll for me. It’s become almost like a sacred physical act.