If there’s one thing I’ve always said, it’s that Final Fantasy games should allow us to control our summoned gods and primals as if they were Godzilla, and fight other summons in boss-like battles. Okay, I never said that, but damn I wish I had because it looks like Final Fantasy XVI is delivering on that.

Yesterday Square Enix released a new trailer during PlayStation’s State of Play Showcase, and it was our biggest and longest look at FF XVI yet. This nearly three-minute trailer included new details on the story of this entry, expanded glimpses of combat and gameplay, and more. It’s also introduced us to several new characters that seem central to the narrative of FF XVI, who appear to be able to morph into, or at least embody, primitive humans… or incantations, or gods, or whatever you choose to call them this time around. And it looks so goofy.

It’s pretty cool that these characters can seemingly transform into classic Final Fantasy summons like Shiva, Ifrit, Bahamut, or Odin. Still, FF XVI seems to up the ante by interacting with them. For example, go to the 1:45 minute mark in the trailer below and you will see Phoenix fighting Eikon of Fire. Additionally, there are two boss-like health bars for each creature at the top of the screen. All together and I think we will control these summons as if they are kaiju ready to fight others. Maybe that’s just styling in the trailer, but I don’t know; I get big 3D brawler vibes from this scene and the Ifrit vs Titan scene that follows. And god I hope that’s it.

Not only would it be a massive disruption to how summons work in the Final Fantasy franchise, dramatically changing the lore behind their use, but it would also represent a new type of gameplay for the series. We had turn-based combat, tactical gameplay, action RPG combat, Final Fantasy XIII’s Command Synergy Battle combat (one of my favorites in the franchise), and more. Why not throw in some 3D kaiju battles? Let me slash my way to victory or strategically learn the movesets of each summon a la Mortal Kombat or Tekken. But please don’t let these moments become cinematic quick-time events.

Only time will tell for now how these summon battles work, but I hope my speculation is correct. A new mainline final fantasy game is always exciting because it offers us a whole new world to play in, complete with unique combat styles, characters, and more. Equally exciting for me, however, is the prospect of significant changes that come with each new entry, and while I didn’t have kaiju fights on my bingo card, it’s all I want now. 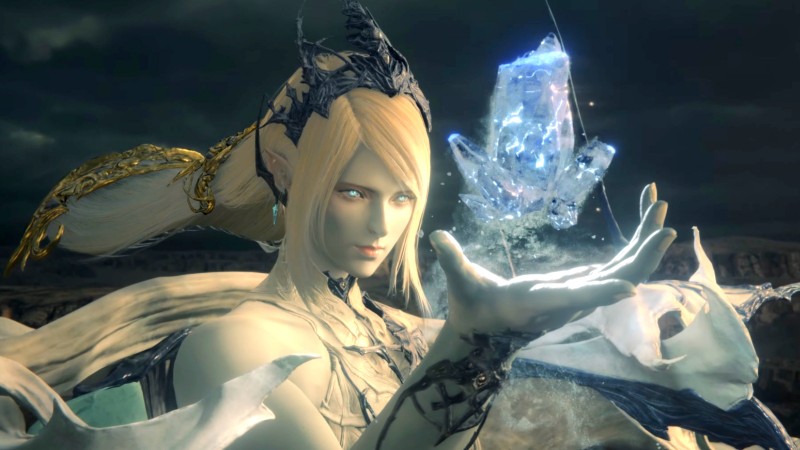 What are you looking forward to most in Final Fantasy XVI? Let me know in the comments below!

https://www.gameinformer.com/opinion/2022/06/03/final-fantasy-16-is-giving-us-kaiju-style-fights-with-summons-and-i-cant-wait Final Fantasy 16 Is Giving Us Kaiju-Style Fights With Summons And I Can’t Wait

Buffalo mass shooting: What is the great replacement theory?