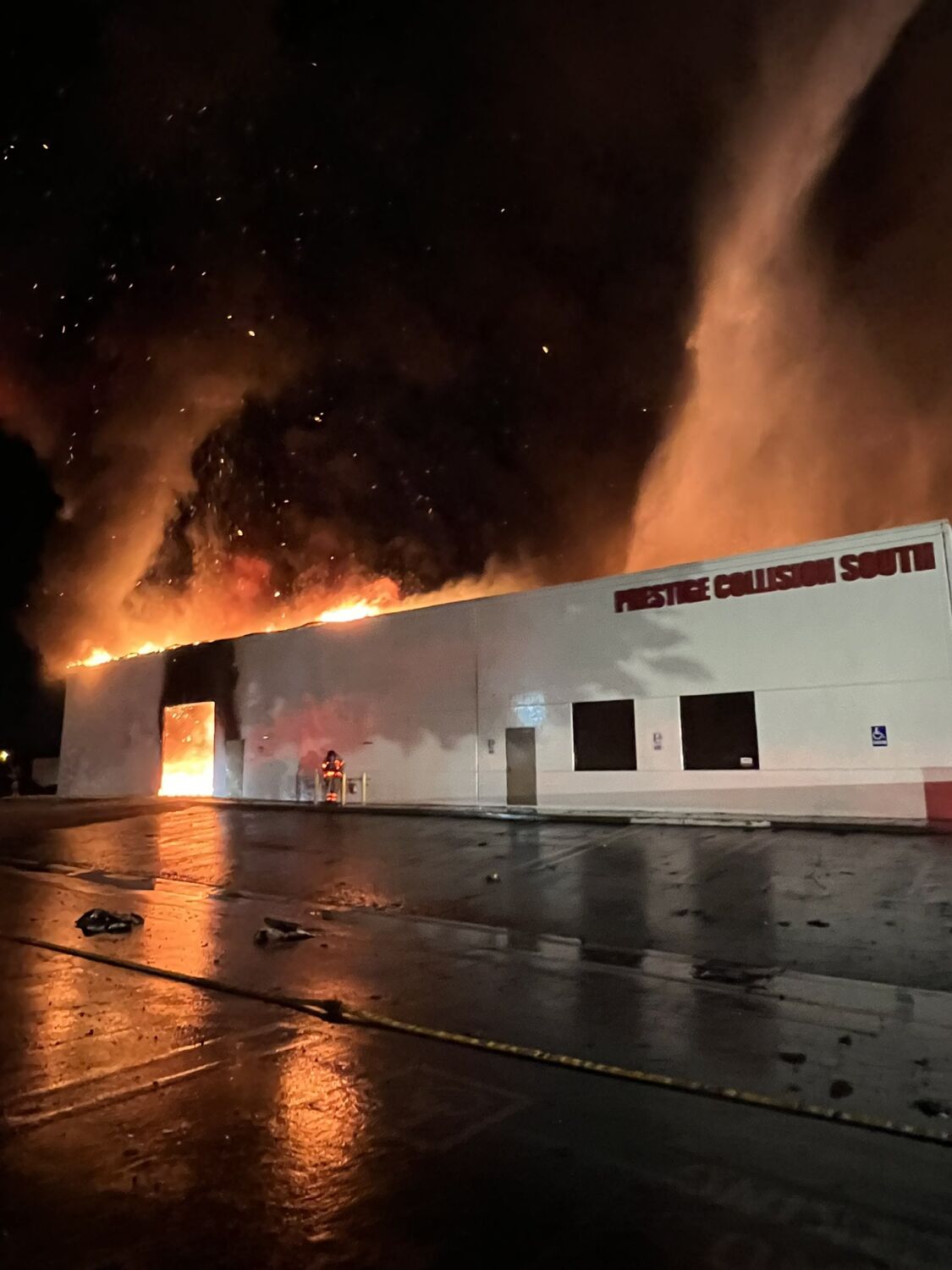 The fire was reported at 7:50 p.m. at Block 32900 of Calle Perfecto, Capt. Sean Doran, a spokesman for the Orange County Fire Authority.

The fire was said to have been put down 58 minutes after the units arrived a 9 p.m. tweet from the agency.

About 80 firefighters were dispatched to the blaze, Doran said. Crews took a defensive stance and worked to contain the fire on the source building.

Although the building was in danger of collapsing, emergency crews on site reported no structural damage, he said.

No injuries were reported, Doran said.

A photo of the fire tweeted by the agency showed the company’s name as Prestige Collision South.

Firefighters will remain on site Friday night to ensure the building’s structure is strong enough for investigators to enter, Doran said. What caused the fire is not yet known.