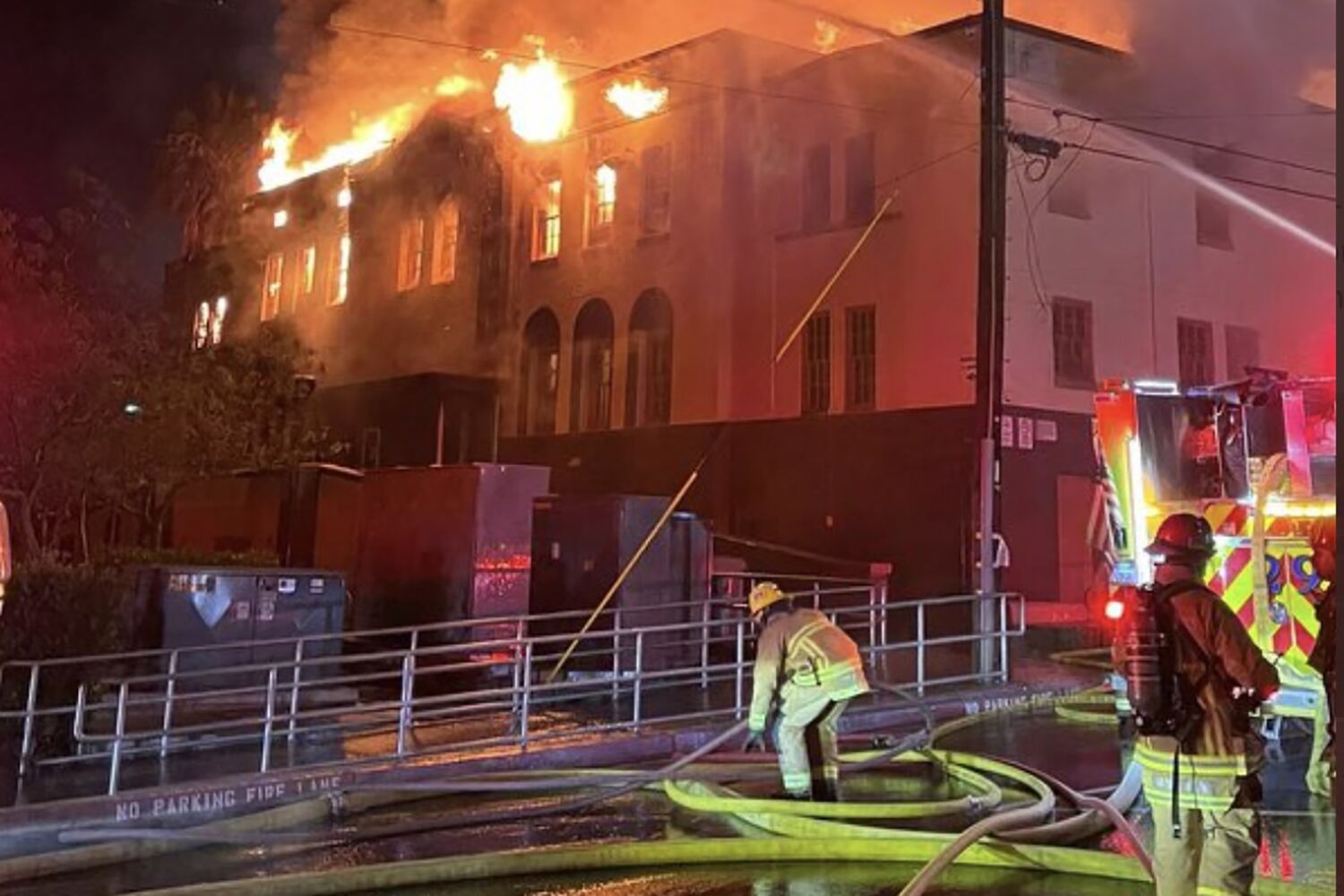 The fire was reported around 12:40 a.m. Sunday, according to the Ventura County Fire Department. The cause of the fire is being investigated.

No one was injured, but several neighborhood residents were evacuated due to a power outage, the Santa Paula Police Department said.

Hours after the fire started, firefighters were still fighting the blaze. At least one wall of the building had partially collapsed.

“The building is a total loss,” Jeffrey Weinstein, superintendent of the Santa Paula unit, told the Ventura County Star. “It’s one of our historic buildings on campus.”

Classes at the high school were canceled Monday and Tuesday, Weinstein said in a statement.

Jon Batiste will perform at dinner for Macron, Biden

Oscars 2023: Academy race underway at National Board of Review Awards