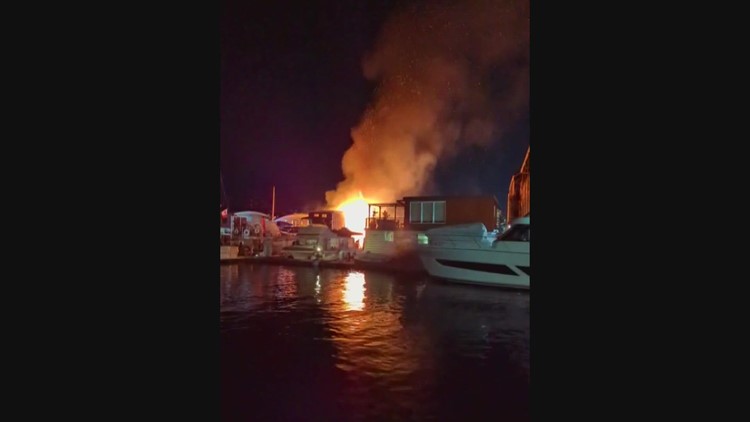 SEATTLE — The Seattle Fire Department battled a blaze for more than an hour Friday night in Seattle’s Westlake neighborhood.

The Seattle Fire Department said the fire started around 11 p.m. near the 2000 block of Westlake Avenue N. Two houseboats and two boats docked in the area were reportedly involved in the fire.

Firefighters were able to extinguish the fire just before 12:30 a.m

According to the Seattle Fire Department, no injuries were reported.

The Seattle Fire Department is investigating the cause of the fire.