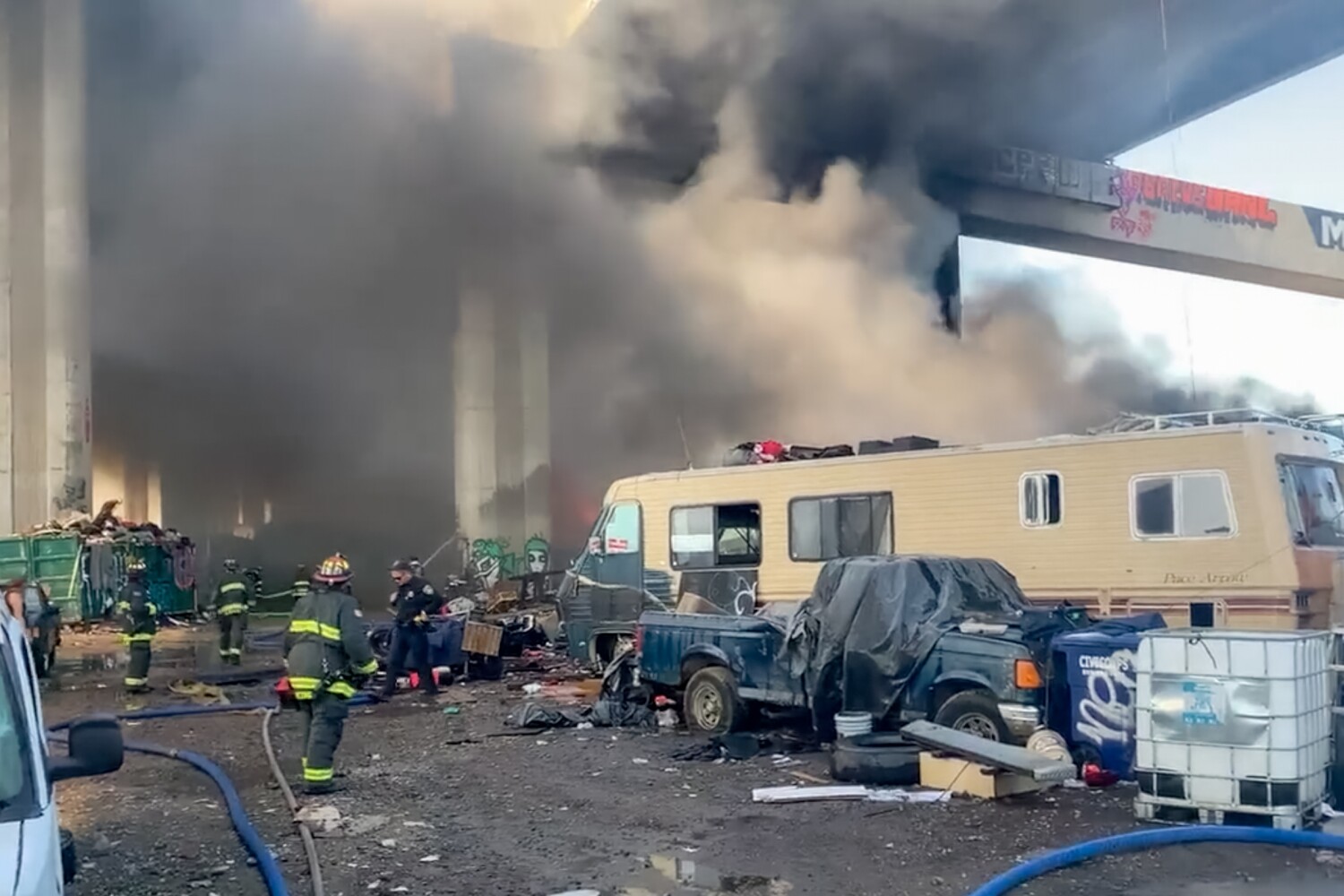 The fire was first reported just after 10 a.m. near 34th Street and Wood Street. according to the Oakland Fire Department. Large plumes of black smoke rose near Interstate 880 and Interchange 80.

Caltrans has advised motorists not to use the freeway due to the smoke and the response of firefighters.

Authorities said several vehicles may be on fire, including several RVs. Emergency reports from firefighters say a trestle is on fire and the fire has not been contained. There are no reports of injuries at this time, but firefighters say the fire is continuing to burn with two alarms as of 11:15 a.m

https://www.latimes.com/california/story/2022-07-11/massive-fire-flares-up-at-homeless-encampment-under-oakland-freeway Fire flares up at homeless encampment under Oakland freeway

Meta made a fact-checking AI to help verify Wikipedia citations

They pour drinks. They clean rooms. Latin American workers wish they had more say at Summit of the Americas