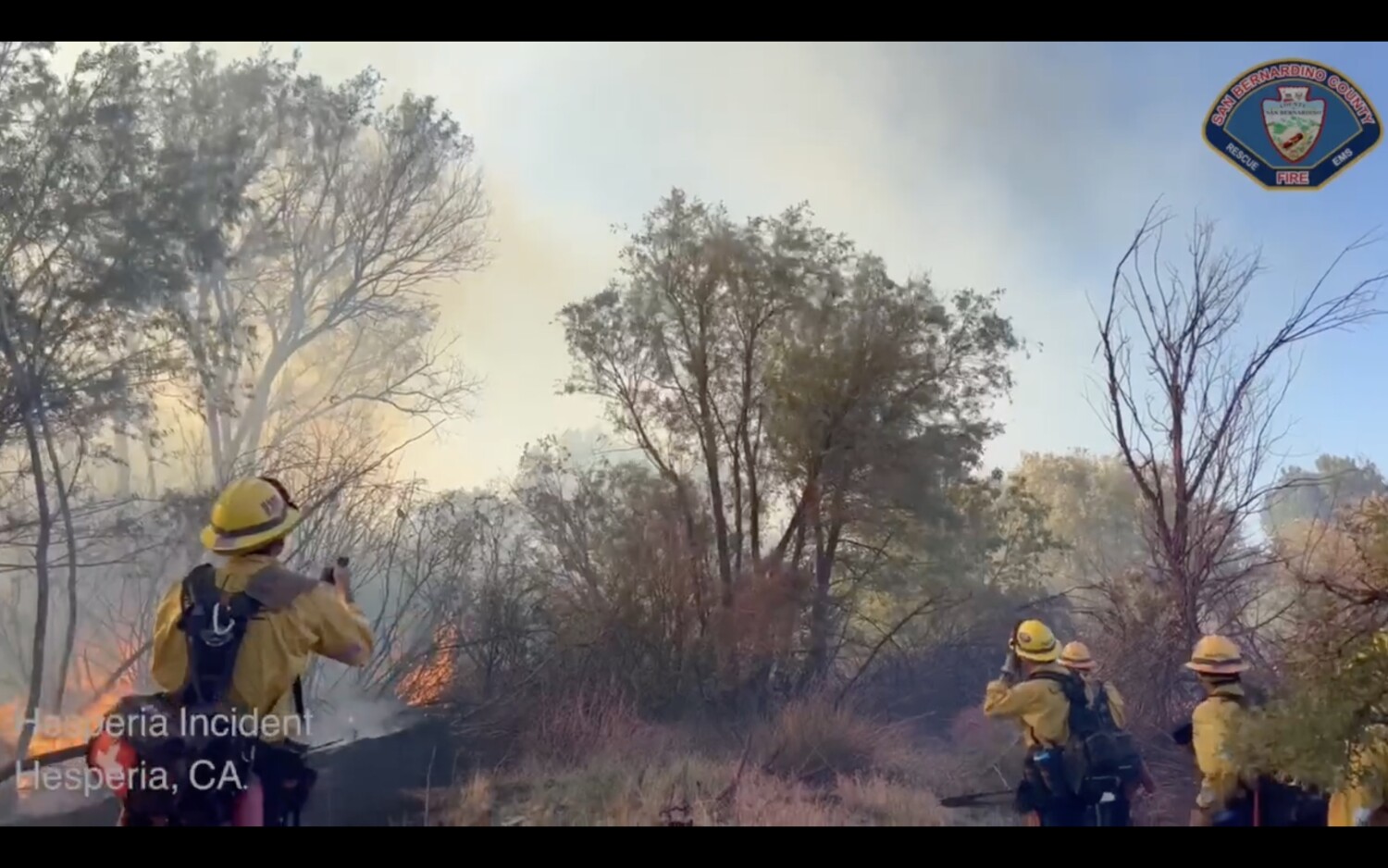 Firefighters have halted the forward rate of spread of a brush fire that broke out near Hesperia on Monday, officials said.

The fire sustained 95 acres and was 50% contained by 9:30 p.m., according to the San Bernardino County Fire Protection District. The fire, which started near Highway 173 and Highway 138, destroyed an outbuilding.

Earlier Monday, officials reported that one person was injured in connection with the fire. They did not say if the person was a firefighter or the extent of their injuries.

The injured person was taken to a hospital in an ambulance, according to the fire department.

No further information was available as of Monday evening.

https://www.latimes.com/california/story/2022-06-06/well-established-brushfire-outside-hesperia-injures-one Fire outside Hesperia injures one, grows to 95 acres