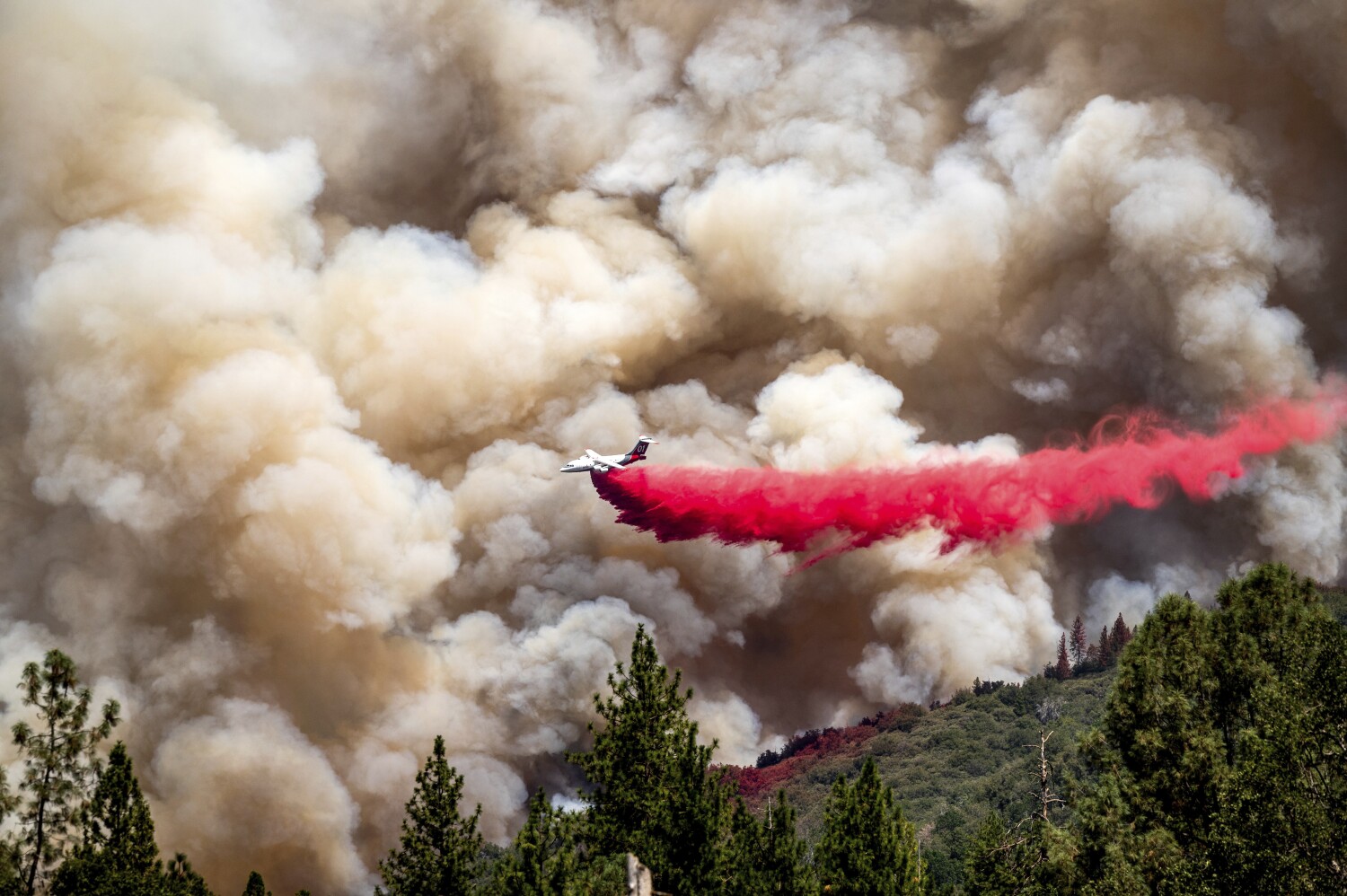 The inferno in the Sierra Nevada foothills, which has forced thousands to flee their homes and destroyed at least 10 buildings, has grown by 1,000 acres since late Sunday, Cal Fire officials reported. The fire had no containment on Sunday.

Nearly 2,600 firefighters are working the wildfire, Pierce said, with crews prioritizing protecting nearby communities in central Mariposa County, southwest of Yosemite. More than 3,200 buildings remain at risk from the flames.

The Oak fire started near Midpines on Friday and quickly became California’s biggest fire of the season so far. Gov. Gavin Newsom declared a state of emergency for Mariposa County on Sunday.

Officials were unable to determine what caused the fire.

The Red Cross has opened a shelter for those displaced by the oak fire at Mariposa Elementary School, where evacuees can also bring small animals. According to Cal Fire, people can bring large animals to the Mariposa County Fairgrounds.

The Washburn Fire, which started not far from the Oak Fire but in Yosemite National Park earlier this month, is about 80% contained. It had threatened the park’s largest grove of ancient redwoods, but officials say the trees are expected to survive.