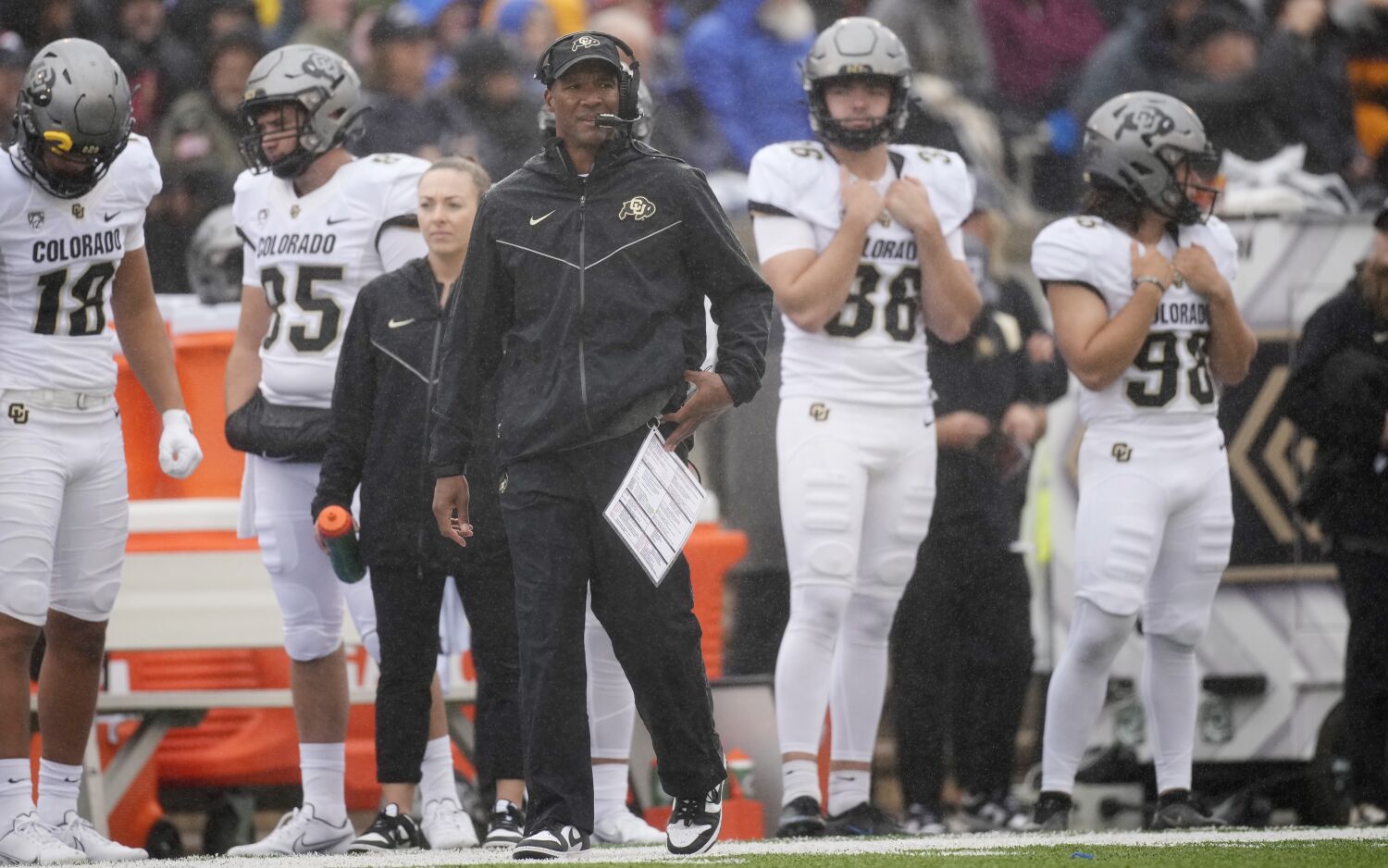 BOULDER, Colo. — UCLA could do something unprecedented Saturday — fire Karl Dorrell for a second time.

The Bruins wouldn’t actually pull the trigger, of course, but they could certainly hasten the dismissal of the Colorado coach, who needs an ice bath every time he gets up from a seat.

UCLA fans are achingly familiar with Dorrell’s shortcomings due to his five-year run to nowhere at Westwood. Great guy but boy his offense is boring. His defense was so poor in 2005 that his players absorbed a halftime tirade from an unlikely source – offensive coordinator Tom Cable.

Buffaloes fans see what can happen when you combine Dorrell’s coaching with limited talent. Colorado was outplayed 128-30 en route to their 3-0 start, forcing athletic director Rick George to address the swirling frustration in a statement that also included rare bulletin board footage from a winless team.

“Starting this Saturday,” George wrote, “let’s hope we all enjoy a home win over UCLA.”

How cathartic that would be for Dorrell against the team that sacked him in 2007. Oddsmakers aren’t counting on what makes the Bruins favorites by 21½ points despite the home side winning the last seven games of the series.

Here are five things to watch when UCLA takes on Colorado in a game broadcast by Pac-12 Network at 11 a.m. PDT on Saturday at Folsom Field:

'I need to go to therapy soon, and by therapy I mean Target.' Roaming the aisles as self-care?