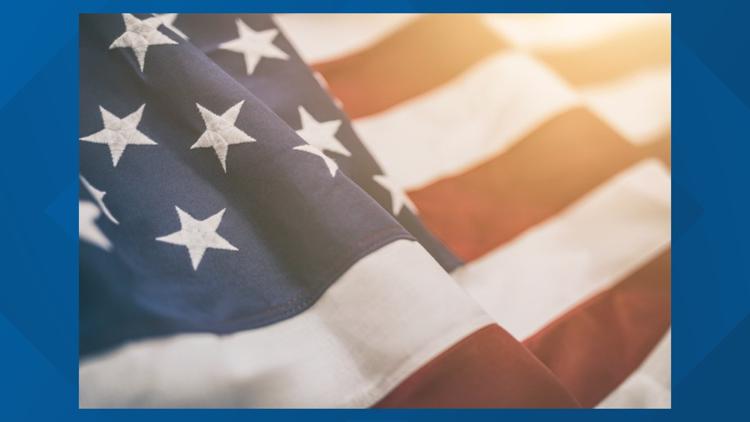 The ceremony includes remarks, prayers, a performance of the national anthem, the burning of distressed American flags, the playing of “taps” and a 3-volley salute.

ELIZABETHTOWN, Pa. – A veterans group will hold an American flag farewell ceremony on Saturday to respectfully dispose of the distressed Old Glories.

The ceremony will be held at 3:00 p.m. Saturday at the Brossman Ballroom in Elizabethtown’s Masonic Village.

Members of Harrisburg Chapter 76 – National Sojourners, York Camp, Heroes of ’76, dressed in full Colonial uniform, will officiate the ceremony, which will consist of remarks, prayers, a performance of the national anthem, the burning of distressed American flags, and the playing of ‘Taps ‘ and a three-volley salute.

“These flags were carried in service as our country’s emblem, in service of remembrance and tribute to our honored dead,” organizers said in a press release. “From the shot taken on the 19th, 1775, at the battles of Lexington and Concord, to the heroes of today, and pertaining to events honored by our national holidays.”

The National Sojourners are a Masonic organization of military personnel whose purpose is to promote appreciation of America’s heritage of freedom of life, liberty, religion, and freedom of expression.

Heroes of ’76 and York Camp are affiliated charities of the National Sojourners.

What is the ’321 Bang’ handstand challenge on TikTok?

Many use Philips Respironics ventilators despite recall

Back to School 2022: ‘Sales tax holiday’ begins in New Jersey

What was in the Trump Mar-a-Lago search affidavit?