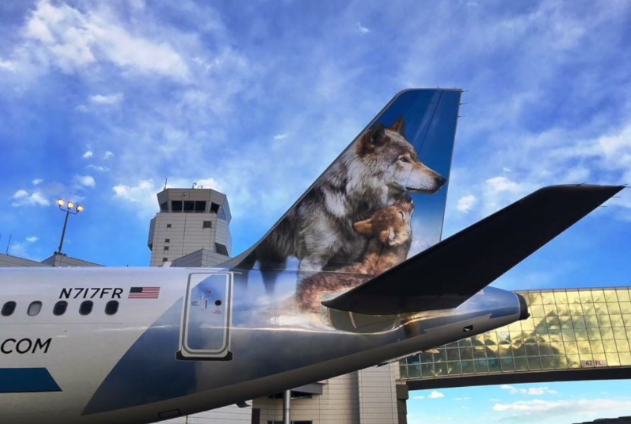 Frontier posted on Facebook that flight attendant Diana Giraldo helped a mother get to the back bathroom and assisted her with childbirth.

“Diana once again went above and beyond after completing the flight to coordinate our return to Orlando,” said the flight’s captain, Chris Nye. “The whole crew really did a great job. I transferred control and flight duties to my First Officer when coordinating the diversion. Dispatch also did a great job of recommending Pensacola Airport and getting the gates and paramedics ready for us. This is a job well done and I am delighted to see everyone working together to successfully deliver a newborn on board! ”

The new baby was given the middle name “Sky” by his mother after giving birth mid-flight. You can see pictures of the baby on Frontier’s Facebook page.

Although rare, such births are not unheard of.

Just over a year ago, another family caused a stir after baby Raymond Mounga entered the world thousands of feet above the ground, on a Delta flight from Salt Lake City to Honolulu.

Later that year, the parents of a baby girl born on a C-17 military plane during an evacuation flight from Afghanistan decided to name the baby after the plane Reach.

Why was driver suspected of striking sheriff’s recruits released?