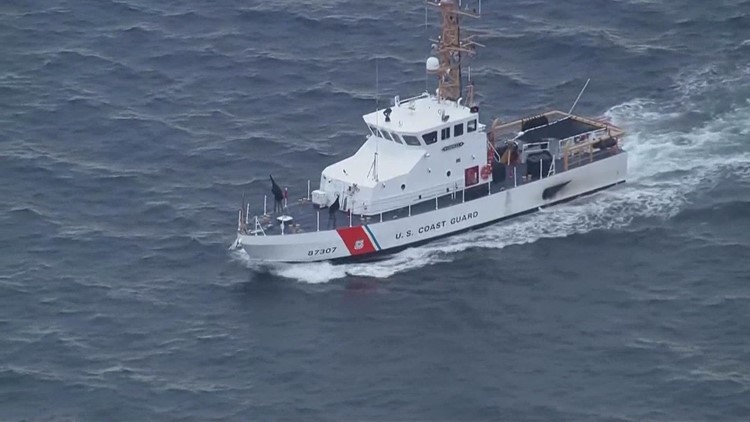 The National Transportation Safety Board and the US Navy will begin recovering the wreckage of the seaplane that crashed off Whidbey Island.

SEATTLE — The National Transportation Safety Board (NTSB) and the U.S. Navy will begin recovering the wreckage of the seaplane that crashed Sept. 4 off Whidbey Island.

The US Navy will use a Deep Drone 8,000 remotely operated work vehicle (ROV), barge and crane to recover the debris from the seabed. Officials said the ROV will collect smaller pieces of wreckage in baskets and connect the pieces of wreckage so the crane can lift them, the NTSB said. This will be a “24/7” operation once the barge is in place.

Some items from the plane have already been recovered, according to the NTSB, including fragments of foam from the plane’s floats, a seat cushion, a seat belt, shipping documents, remnants of floor coverings and some personal belongings of the victims.

The NTSB released its preliminary report on September 16, detailing the moments that led to the seaplane crash. According to the NTSB, the information contained in the report is preliminary and is subject to change as the investigation progresses.

Officials said determining the probable cause of the accident could take anywhere from 12 to 24 months.

The plane was flying from Friday Harbor, a popular tourist destination in the San Juan Islands, to Renton Municipal Airport when the crash was reported at 3:10 p.m., according to the Coast Guard. The plane crashed in Mutiny Bay off Whidbey Island, about 30 miles northwest of downtown Seattle and about halfway between Friday Harbor and Renton.

Nine adults and one child were on board the plane at the time of the crash. The body of a woman identified as Gabrielle Hanna was recovered by a Good Samaritan. The other nine passengers are still missing.

It's harder in California to steal, sell catalytic converters

Western Economies Are Creaking Under High Oil and Gas Prices, With No Relief in Sight

Cecily Tynan learns about snow leopards at the Philadelphia Zoo