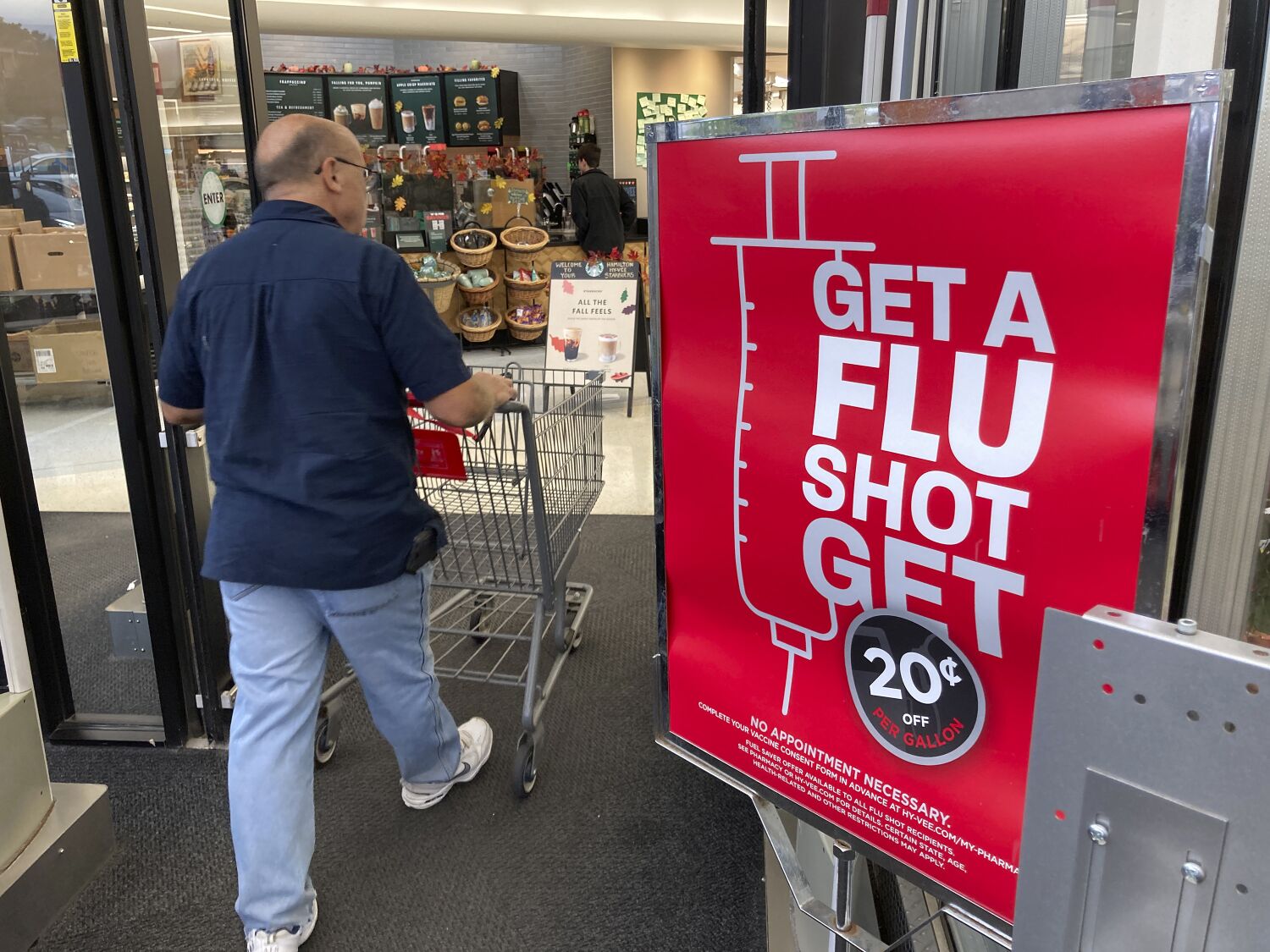 After more than two-and-a-half years of battling COVID-19, officials are warning that a more traditional enemy could resurface this fall and winter: the flu.

Influenza has been largely dormant for the past two seasons, a development attributed to infection prevention protocols put in place to ward off the coronavirus.

However, as measures such as mask requirements, physical distancing, and restrictions on business and social activities have been lifted amid improved pandemic conditions, California could be primed for a more active flu season this year.

“It’s not clear what this fall and winter will be like. However, with fewer masks being worn and more mixing, we’re likely to see a lot more influenza than we’ve seen in the past two years,” said Barbara Ferrer, director of public health for the Los Angeles County.

This raises the possibility that some officials have previously warned about but has yet to materialize in the United States: a landscape where the coronavirus and the flu are circulating at elevated levels simultaneously.

“We could be seeing many transmissions of influenza and COVID at the same time,” said Ferrer, who urged residents to get both their annual flu shot and the updated COVID-19 booster designed to protect against the latest circulating strains of coronavirus.

A warning sign comes from Australia, where the winter peak in laboratory-confirmed flu cases reached levels not seen since at least 2017, according to data provided by Ferrer. In Australia in the southern hemisphere, autumn begins in March and winter begins in June.

“They experienced a relatively difficult, flu-ridden season [the variant] H3N2 circulating here. And it also started earlier than usual this year, in late April, and then… the cases spiked. The flu season also ended earlier than usual, with cases tailing off significantly by the end of July,” Ferrer said.

According to the California Department of Health and Human Services, flu activity typically begins to spike nationwide in late November or December. That’s why officials are recommending everyone aged 6 months and over to get the flu shot sometime this month – as it takes a few weeks for the shot to be fully effective.

dr Peter Chin-Hong, an infectious disease expert at UC San Francisco, has suggested that those eligible receive both the flu shot and the updated COVID-19 booster no later than October or as soon as possible thereafter.

“If you’re trick-or-treating on Halloween and haven’t gotten your flu shot or your booster shot, that’s probably when you really should go and get it,” he said.

As with COVID-19, older people are at higher risk of contracting severe flu. Also at increased risk are people with compromised immune systems, pre-existing conditions, or whose work requires contact with many people, particularly in poorly ventilated situations.

“Flu shots keep people out of the hospital and keep our healthcare system open to help with other illnesses during the winter,” said Dr. California Public Health Director Tomás Aragón in a statement.

Residents can visit MyTurn.ca.gov to schedule a flu shot or search for an outpatient clinic. Officials say you can receive both a flu vaccine and an updated COVID-19 booster during the same visit.

It’s possible that this fall and winter in the US there will be a greater number of people more susceptible to the flu, as the low rate of infection in recent years has given people fewer chances of developing immunity outside of a flu shot Ferrer said.

In the 2020-21 season, just over 49% of Californians 6 months and older received the flu vaccine, according to estimates from the US Centers for Disease Control and Prevention.

The past two winters in LA County have been very quiet because of the flu, due in large part to mandatory mask orders and a general atmosphere of caution amid a steep seasonal spike in coronavirus cases and hospitalizations.

After LA County ended its universal indoor public mask mandate in early March, flu cases began to rise, peaking in May — unusually late in a typical season. At its peak, about 15% of respiratory samples at LA County’s Sentinel surveillance labs detected influenza.

Officials say the fall and winter seasons present opportunities for the spread of both the coronavirus and the flu, in part because people are spending more time indoors as temperatures get cooler and daylight hours shorten.

“From Halloween through New Year’s Eve, families and friends gather more frequently and travel on to catch up over the holidays,” Ferrer said. “As a result, people spend more time socializing indoors, where respiratory viruses accumulate more and can jump from person to person more easily, especially when ventilation is poor.”

Increased travel for the holidays, she added, means “respiratory viruses can travel longer distances and hop across the country and around the world.”

“In winter, because the days get shorter and the air is cooler, it contains less water on average and absolute humidity tends to be lower,” Ferrer said. “As absolute humidity gets lower, aerosolized droplets containing viruses also tend to contain less water. They will be smaller, lighter and able to travel farther.”

A recently published study examining weather and COVID case rates from 455 cities in 20 countries for much of 2020 found that “overall lower temperatures and lower absolute humidity were associated with these higher COVID-19 case rates,” said Ferrer.

https://www.latimes.com/california/story/2022-10-05/the-flu-could-be-far-worse-this-year-what-to-know Flu could be far worse this season. Here’s why