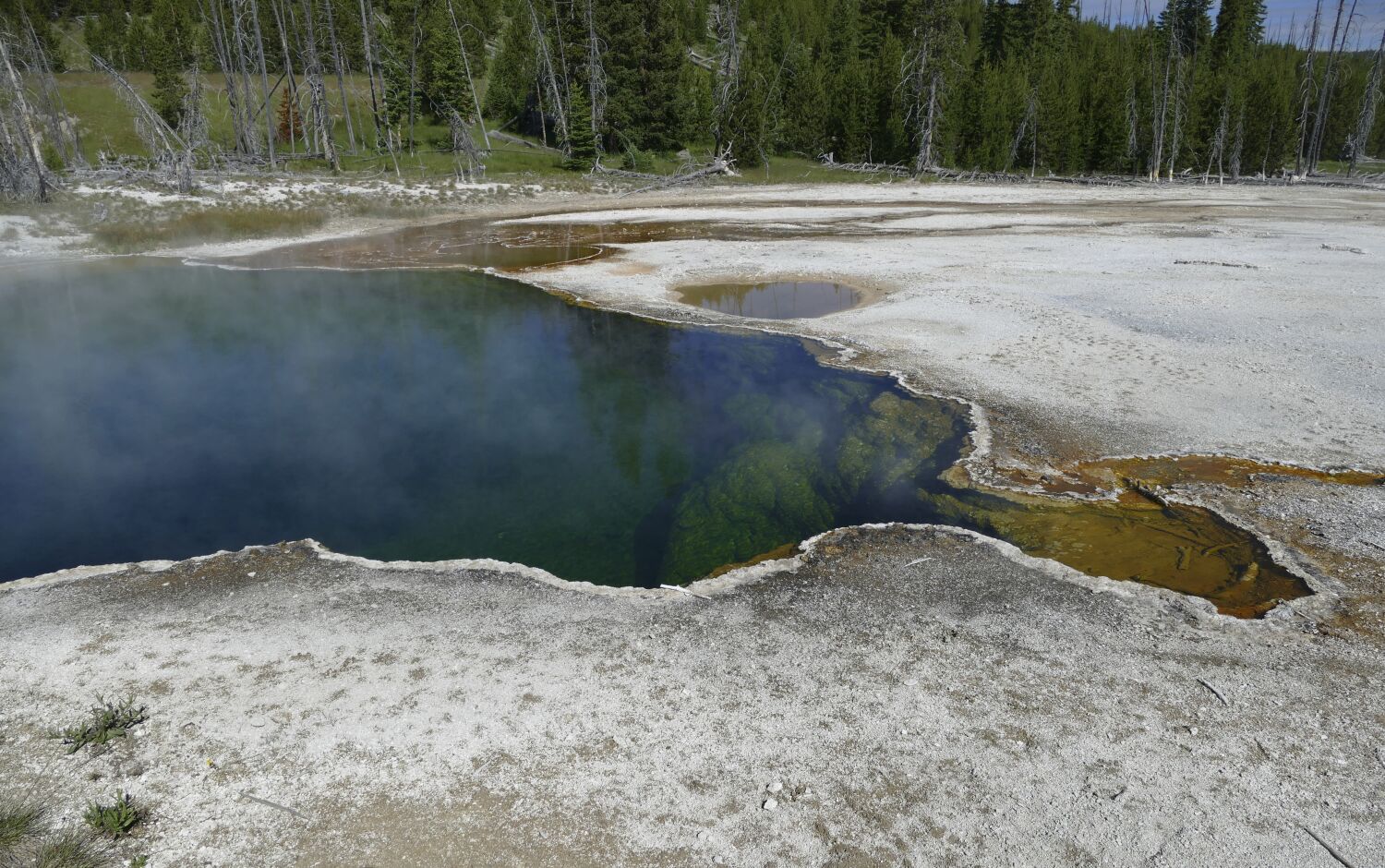 Part of a human foot found in a shoe in Yellowstone National Park’s Abyss Pool about three months ago belonged to a 70-year-old Los Angeles man who died in an unspecified incident, authorities said Thursday.

In the past three weeks, DNA analysis has matched the foot to Il Hun Ro, park officials said. His family has been notified.

“The investigation concluded, to the best of our knowledge, that an unwitnessed incident involving one person occurred on the morning of July 31 … and there was no foul play,” park officials said. “Due to a lack of evidence, the circumstances of Ro’s death remain unknown.”

The National Park Service investigation is complete, and officials had no additional information to share Thursday.

The Abyss Pool plunges more than 50 feet and is one of the deepest hot springs in Yellowstone, according to the park service. Its temperature is about 140 degrees.

Yellowstone officials said visitors should exercise extreme caution near hot springs and other thermal features and stay on boardwalks and trails.

The ground surrounding the park’s hydrothermal areas is thin and fragile, and boiling hot water lies just below the surface.

Visitors were badly burned and killed in Yellowstone’s geothermal areas.

On Oct. 4, 2021, a 20-year-old Washington woman suffered severe burns from her shoulders to her feet while attempting to rescue her dog from Maiden’s Grave Spring, park officials said. The water in the spring reaches 200 degrees.

The woman was transported to a burn center and the dog died.

Weeks earlier, on September 16, a 19-year-old Rhode Island woman suffered second and third degree burns on 5% of her body in the Old Faithful area.

And on June 7, 2016, 23-year-old Colin Scott of Portland, Oregon, walked off a boardwalk, slipped and fell into a hot spring in the Norris Geyser Basin and died, officials said.

Is a Sagittarius in Love With You? Signs They’re Ready to Commit

Max Verstappen hits out at 'sickening' criticism and abuse