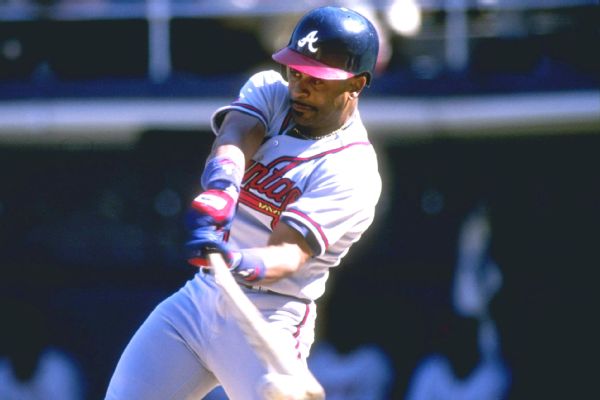 ATLANTA — Dwight Smith, a runner-up for NL Rookie of the Year who played on Atlanta’s 1995 World Series-winning team, died Friday, the Braves announced. He was 58.

The Braves said the former outfielder and pinch-punch specialist died of congestive heart and lung failure.

Smith played in the major leagues for eight years, starting with the Chicago Cubs and splitting a season between the Angels and Baltimore Orioles before joining the Braves for his final two seasons.

His son, Dwight Jr., has also served time with majors, most recently with Baltimore in 2020.

The elder Smith served primarily as a pinch hitter with the Braves in 1995, hitting .252s with three homers and 21 RBI in 103 games.

Atlanta defeated Cleveland in six games to win the World Series, with Smith pinch-hitting three times. He went 1 for 2 with a walk.

In a statement, the Braves called Smith “an integral member” of their first Atlanta championship team.

“Dwight was also a popular alumni member, and his infectious smile will be missed at Truist Park,” the team added.

Smith played one more season with the Braves to finish his career. He hit just .203 with three home runs and 16 RBI in 101 games. He did not appear in the postseason when Atlanta again made the World Series, losing to the New York Yankees.

Smith had his best season as a rookie with the Cubs in 1989, hitting .324 with nine homers and 52 RBI to help Chicago win the NL East. He finished second behind teammate Jerome Walton for Rookie of the Year.

“We are saddened to learn of the death of Dwight Smith and offer our condolences,” the Cubs tweeted.

After five seasons with the Cubs, Smith signed with the Angels as a free agent in 1994. He was traded to Baltimore during the strike-shortened season, then joined the Braves the following year.

Smith is survived by his wife Cheryl, Dwight Jr. and daughters Taylor and Shannyn.

What’s next for Matt Araiza, Bills punter accused of rape?