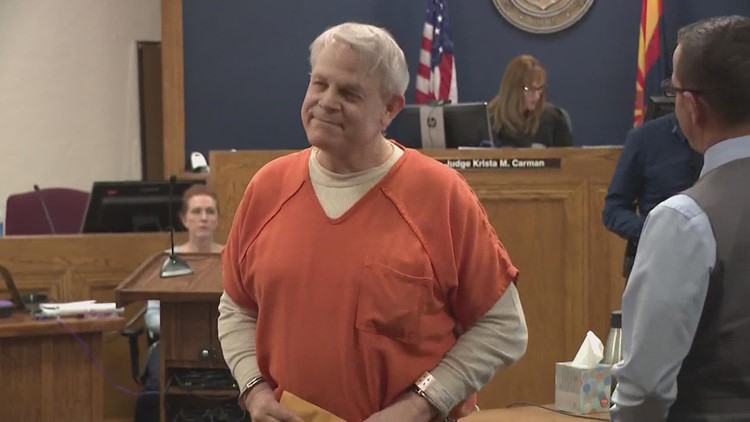 A jury has found a former Seattle body broker guilty of dumping the remains of at least nine people from Washington state in the Arizona desert.

SEATTLE — A jury has found a former Seattle “body broker” guilty of dumping the remains of at least nine people from Washington state in the Arizona desert.

The Yavapai County jury, following a jury trial in Prescott, Ariz., convicted Walter H. Mitchell of 29 counts of leaving or concealing a body.

“(I) want to thank the jury for getting through such a horrible case,” Yavapai Assistant District Attorney Dennis McGrane said in a press release. “This ruling will bring some justice and closure to the families whose loved ones have been donated to medical research and treated so disrespectfully.”

Mitchell ran a company in Seattle called FutureGenex, which solicited donated bodies, which the company sold to medical education and research companies. Mitchell closed the company in September 2020 and relocated to Arizona.

Mitchell packed several donated bodies from Washington state on dry ice in a U-Haul truck and shipped them to Arizona. In December 2020, he dumped at least two dozen body parts in Prescott National Forest. Hunters and a couple collecting firewood soon discovered the heads, arms, and legs at two different dumps.

In a series of reports, KING 5 investigators have detailed how Mitchell worked with a contractor, First Call Plus in Kent, who transported bodies for donation to the University of Washington’s Willed Body Program. The program makes cadavers available for study by medical students. If the UW rejected donors due to illness or other issues, First Call Plus would recommend that the donor’s family contact Mitchell. The university said it was unaware that its contractor was referring donor families to a private company and had stopped the practice.

Her ex-husband, Doug, was among the remains identified by DNA in Arizona.

Fear of God Essentials: Everything to Buy From the Label's Boldest Drop Yet