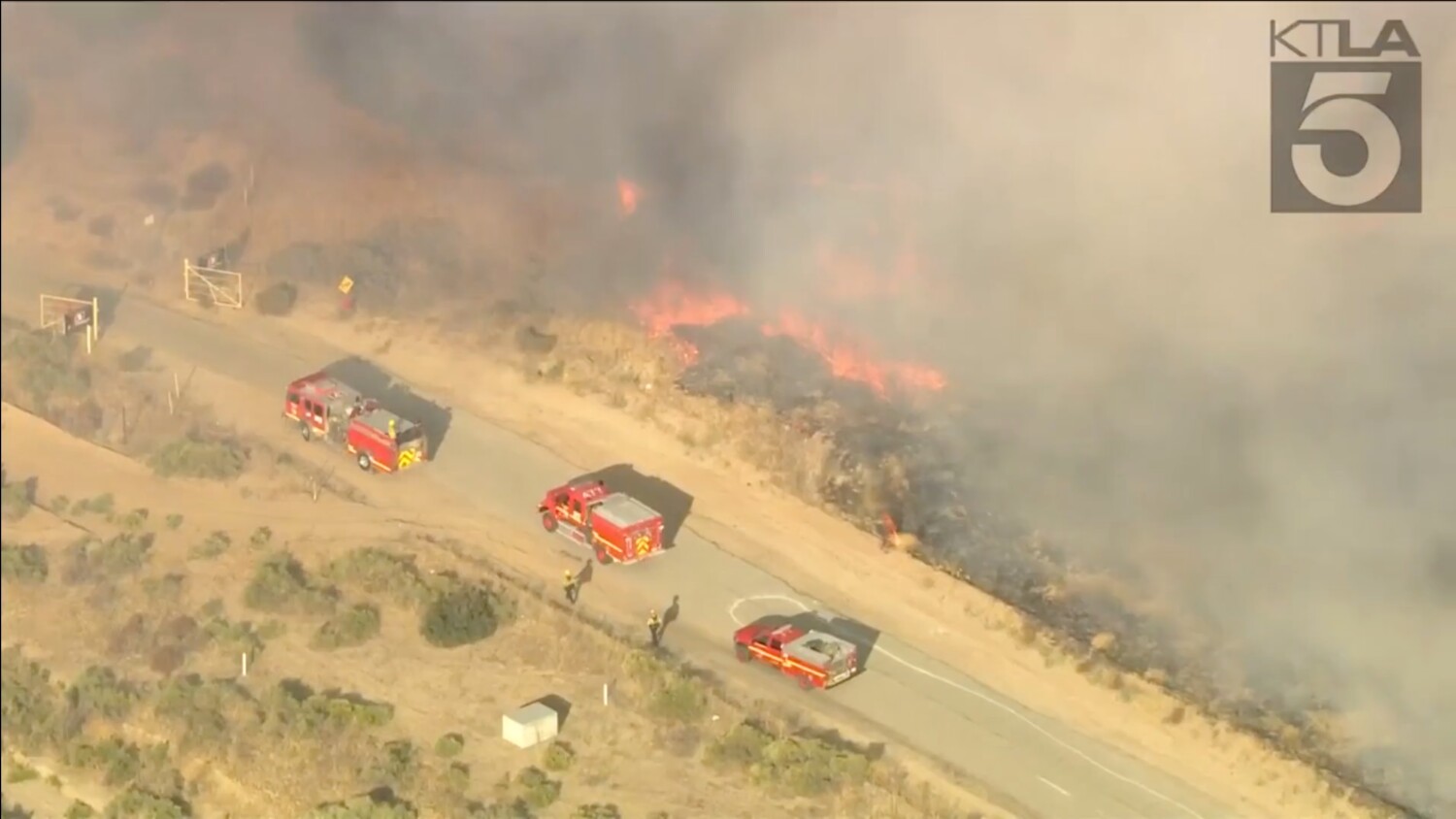 A bushfire in Castaic grew to at least 50 acres and threatened a shelter before the advance was halted Wednesday night.

The fire was reported in Block 31000 of Charlie Canyon Road a tweet from the LA County Sheriff’s Department’s Santa Clarita Valley Station. At 7 p.m. it was 50 acres, the fire department tweeted.

A second alert was raised over the fire that had been threatening an LA County animal shelter in the area, Serrano said.

The advance of the fire has been halted, all animals at the shelter are safe and no evacuations have been required, the sheriff’s station reported at 7:23 p.m

Michael Pittman, a chief of the county fire department, had no update on the acreage at around 7:30 p.m

Trout hopeful to return soon as Angels are swept by Mariners