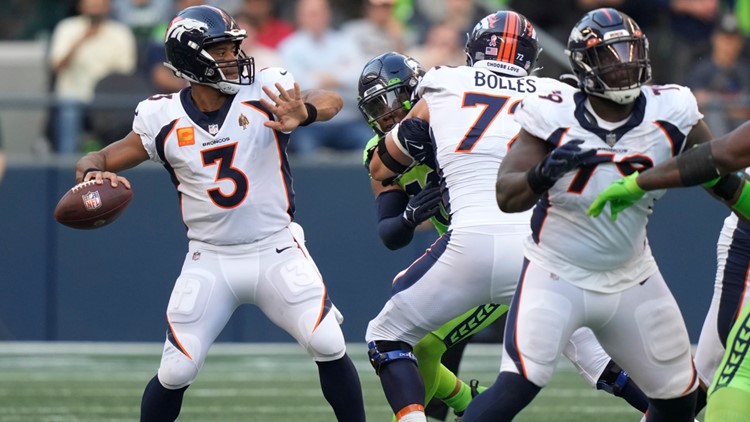 Although the Seahawks came into play as strong underdogs, they managed an unlikely 17-16 win over Russell Wilson’s Denver Broncos.

SEATTLE – What a game indeed.

Although the Seattle Seahawks came into play as strong underdogs, they managed an unlikely 17-16 win over Russell Wilson’s Denver Broncos.

Seattle was scoreless in the second half but did just enough defensively to hold off the visiting Broncos for the Monday Night Football win.

Here are four takeaways from the Seahawks’ big win earlier in the season.

To boo or not to boo?

That’s the question we (finally) had to answer Monday night after months of chatting about how the 12ers would welcome the former franchise quarterback.

So, yes, he was booed during the coin toss.

The home fans have also booed the Broncos team as they ran onto the field during pregame warm-ups because they are, well, guilty by association.

Not one, not two… but three Seahawks stops in the red zone

Denver had three prime opportunities to score touchdowns and effectively knock out the Seahawks, but inexplicably failed each time.

Javonte Williams and Melvin Gordon spat the football out at the 1-yard line on two trips to the end zone in the third quarter. Another promising drive brought only three points.

Call it a testament to the Seahawks’ defense (yes) and also the Broncos’ inability to capitalize on close-range situations.

Had the Broncos capitalized on those high-percentage chances, they would have won the game by a comfortable margin. Instead, they return to Denver with a 0-1 record.

Let’s call that a win for Wilson, but Geno Smith looked like the more comfortable quarterback in the first half. And he was the winning quarterback, which ultimately means more than just counting the stats of a box score.

Smith completed his first 13 passes of the game as the Seahawks raced to a four-point lead at halftime. He finished the win over his former teammate with 195 passing yards and two passing touchdowns.

However, Wilson was more efficient and threw for more passing yards. But when the game was over, Wilson didn’t deliver or even get to try. After an odd decision to burn over 20 seconds before calling a timeout, the Broncos opted to attempt a 64-yard field goal rather than rely on Wilson to attempt a first down. The 64-yard attempt would have been the second-longest conversion in league history.

Not exactly a ringing endorsement for a man the team just signed to a massive $245 million contract extension.

Another injury from Jamal Adams

This is the most significant long-term result of this game. Adams suffered what could be a serious knee injury while nearly catching Wilson for a sack. The All-Pro security had to be taken to the locker room.

There’s no official timeline or diagnosis on his injury, but there are real fears he could miss a significant time this season.

The Seahawks signed Adams in 2021 to a four-year, $70 million extension that guarantees him at least $38 million. He has already missed nine games in two seasons with shoulder, hand and finger injuries.

NASA’s Mars InSight lander is close to shutting down