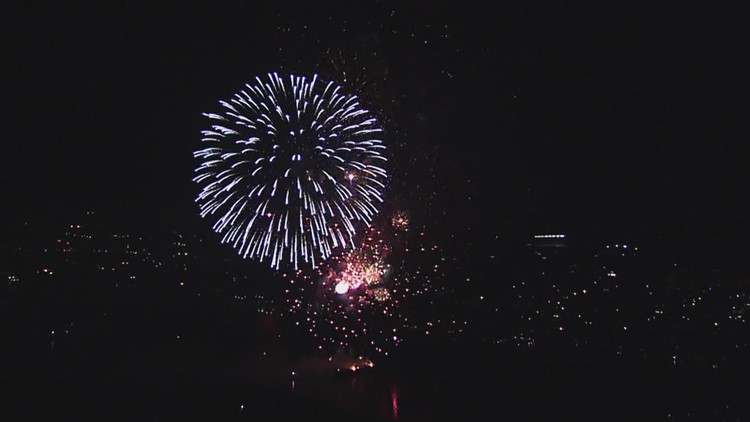 The July 4th Seafair event will feature fireworks at Lake Union for the first time in three years.

SEATTLE — For the first time in three years, fireworks for the July 4 Seafair event will return to Seattle’s Lake Union.

“It’s going to cover the sky from 50 feet up, up to 2000 feet pretty much it’s going to go off, again we’ve got straight shots and a couple of angle shots,” said David Fitzgibbon, the chief pyrotechnician based at Oregon’s Western Display Fireworks, the brought the popular tradition of July 4th back to life.

“We’ve gone from 480 shows to about 20 this year, literally. it died But this year everyone called us,” Fitzgibbon said.

He and his crew have spent the last few days preparing for the 21-minute show. It will include more than 10,000 pounds of firecrackers and dozens of mortars placed in the middle of the lake on this 50-by-150-foot barge, all controlled by a state-of-the-art controller.

“They use it at the Olympics, competitive shows, all over the world, it can fire anywhere from one shot to a million at a time,” Fitzgibbon said.

Fitzgibbon said the fireworks show is scheduled to start at 10:20 p.m. and go off with a bang.